Ipswich responds to idea that pensions could boost FTB deposits 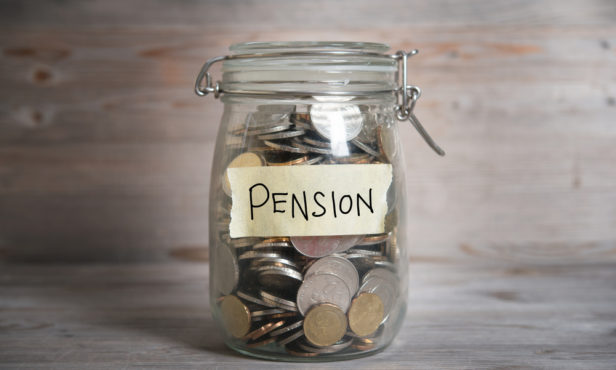 Guy Opperman, Minister for Pensions and Financial Inclusion and Parliamentary Under-Secretary for the Department for Work and Pensions (DWP) has expressed his interest in the option of using pensions to help first-time buyers (FTBs) make up their deposits.

Speaking during a webinar run by Prospect magazine, Opperman said that it would be important to build on the success of the government’s efforts to increase the number of people actively saving into their pensions, via the auto-enrolment legislation, to help during the economic difficulties facing the population ahead due to COVID-19.

Opperman expressed his interest in hearing about potential products that might harness pensions to tackle the issue of homeownership and high deposits among younger generations, and first-time buyers in general.

He said: “My door is open. I’m curious to see if there is a product that can be created that allows people to have automatic enrolment and their savings, but at the same time allows them to either lend to themselves or be allowed to accommodate the terms of a deposit with some of the savings that they have.

“If hypothetically in five years’ time, the [auto-enrolment] pot is the largest saving an individual has and if homeownership is beyond the reach of people, what are the mechanisms that you can look at to try and address that?”

Charlotte Grimshaw, head of mortgage sales at Ipswich Building Society, said: “With the average asking price of homes hitting a record high of £323,530 according to Rightmove data released this week, first time buyers could be forgiven for thinking it is an impossible aim to get onto the housing ladder.

“However, with government initiatives such as the current stamp duty holiday and the former Help to Buy scheme, it is clear there is an emphasis on supporting people into home ownership.

“This latest idea is very much still at the concept stage and we would be interested to learn more about how it could work.”

However, while Ipswich Building Society was supportive in general of Opperman’s suggestion of using pensions to boost FTB deposits, the lender pointed out that this might not prove ideal for all.

Grimshaw said: “As with any incentive, would-be borrowers should review their individual circumstances and weigh up what’s best for them, and could consider seeking independent financial advice.

“First-time buyers continue to face a difficult market and would do well to continue to build up a deposit for their first property, whilst remaining practical about what their first home should achieve – it may be more realistic to get a step on the ladder by first purchasing a smaller property or one in an alternative, cheaper location rather than automatically aiming for the house of their dreams by dipping into their pension.

“This is especially true when we consider that a 90% [loan-to-value (LTV)] mortgage for the aforementioned ‘average’ house, would set someone back over £32,000.”

Grimshaw also noted that even harnessing pension savings might not provide the windfall needed to remove the struggle of reaching a sturdy deposit.

She said: “Based on UK average wages, a person in their twenties who has worked full time over the past eight years and made the minimum auto-enrolment pension contributions would currently have around £4,000 in their pension pot – an amount dishearteningly below the number they would need for a 10% deposit, even if there are joint buyers.

“It’s certainly an interesting concept, but it’s one that’s unlikely to help many of today’s twenty and thirty-something first time buyers.”

Grimshaw said: “If young adults were aware that their pension contributions could be used in such a way, they might be more incentivised to contribute a higher percentage of their earnings above and beyond the current minimum requirement, meaning it could be a scheme that has a more significant impact five to ten years down the line.”