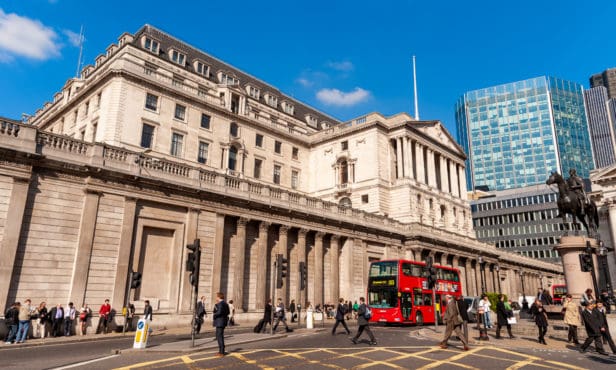 25 out of 40 economists polled by Reuters between February 7 and 11 predicted that the Bank of England’s Monetary Policy Committee would vote for a further rise in interest rates next month, from 0.5% to 0.75%.

The committee is set to announce the next rates decision on 17 March.

Meanwhile, 21 out of 41 economists predicted a further rise in interest rates to 1% in the second quarter, the Herald Scotland reported.

Expectations of early rises in base rates have grown significantly over the past month following building inflationary pressure.

The Bank of England predicted that the consumer price index (CPI) inflation would peak at around 7.25% this April, following its rise from 5.1% last November to 5.4% in December (7.5% on the old all-items RPI). The Bank’s target for annual CPI inflation is 2%.

The Monetary Policy Committee raised interest rates from 0.1% to 0.25% last December, then implemented a rise to 0.5% on 3 February to meet the 2% inflation target.

Four dissenting members of the committee voted unsuccessfully for a half-point rise, pointing out that monetary policy “had been very accommodative, and capacity pressures were now widespread, especially in the labour market,” the Herald Scotland reported.