Fed could keep rates near zero through 2023 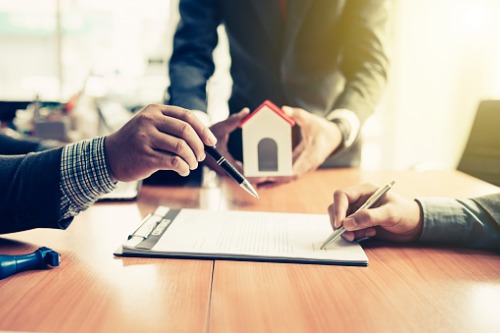 The mortgage process is about as transactional as anything you can imagine. The originator gets the deal done and moves on to the next client. The lender sells the loan to a servicer. That servicer, moments after its non-solicit agreement with the lender expires, begins hitting the borrower up for additional business and continues doing so until ultimately selling the servicing to another firm.

It’s a paradigm that leaves borrowers dealing with strangers on matters relating to the biggest investment most of them will ever make. They don’t know the servicer who’s urging them to refinance. They may not even know anything about the lender who provided the loan. But you can bet that they remember their originator. If their mortgage servicing experience is an unpleasing or upsetting one, who do you think they’ll blame?

That’s why Phil Shoemaker, president of originations at Home Point Financial, encourages originators to work with lenders who retain their servicing instead of selling it off to a third-party.

“The only real way you can build long-term, sustainable value in mortgage is to originate and retain a customer,” Shoemaker says. Working with a lender that services its loans – and keeps originators involved in their borrowers’ home ownership journeys – may do just that.

For Shoemaker, one of the industry’s biggest failings is its inability to develop customer loyalty. Citing Black Knight data, he says the servicer retention rate among refinance customers in the second quarter of 2020 was a lowly 18 percent.

“We spend all this money originating and creating new customers, but as an industry, we’re just horrible at retaining them,” he says. “I believe very strongly that it’s because you have the origination side of the business oftentimes operating in a silo from the servicing side.”

By retaining its servicing, Home Point whittles down the post-closing relationship to just three entities – the borrower, the lender, and the originator. It’s an inherently less risky situation for borrowers (the fewer moving pieces involved, the smaller the chance of getting caught in the gears), who can reasonably expect consistently solid service from any lender hoping to earn their future business. And if they enjoy a satisfying relationship with the lender their LO put them in contact with, borrowers should also maintain a positive view of their originator.

Because borrowers typically refinance every five to seven years, there is a real potential for disconnect between them and their originators during the life of a loan. Shoemaker says Home Point tries to foster that connection by keeping originators involved with the goings-on of their clients’ mortgages.

“It’s hard to stay connected with your borrower unless there’s substantive interaction occurring,” he says. By looping its origination partners in on their clients’ ongoing loan activity, Home Point essentially reminds borrowers of their originator’s success in helping them find a home every time servicing is required.

Some originators may balk at the thought of being pinged or emailed every time a former client takes part in some tedious aspect of mortgage servicing, but Shoemaker says the visibility and continual contact provided by the process is in their clients’ best interest.

“I think you defuse that whole conversation when you say, ‘We’re going to make it about what the borrower wants,’” he says. “If the effort’s not worth the results, people aren’t going to adopt it, so our goal is to make it a very easy and natural experience.”