How one originator is on course for a $350 million year 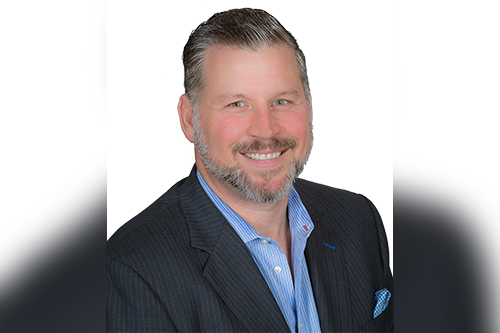 The mortgage industry has been hit by an avalanche. Pandemic lockdowns, low rates, a refi boom, and hot purchase markets mean that originators and brokers are facing volumes like never before. This has turned 2020 into a banner year for many, who are seeing unprecedented levels of profit – but that increase in volume has not come without its challenges.

Christopher Keelin (pictured) has been facing those challenges head-on. Keelin, Northeast senior VP of sales at Family First Funding, usually prepares his practice for a 20% year-over-year growth in volume. This year his volume has grown by 100%. That’s come not just in refis, but in purchases too as Keelin runs his practice to be purchase-centric. His challenge has been maintaining client relationships and executing on loans in this high-volume, high-pressure environment that feels like a fastball bearing down on his practice. To hear the former baseball pro tell it, he’s hit that fastball out of the park.

“Ultimately, it was a matter of scrambling, quickly pivoting and then making everything a little bit more streamlined,” Keelin said. “After creating a personal connection we’ve moved people on to the website to complete their data before I follow up with them to execute that relationship. We use a portal for that data collection so a decision can be made quickly. Our team and staff work at an advanced level, they’re not just order takers and paper collectors.”

That team, Keelin explained, collects as much information up front as possible. While he believes that can sometimes cost him clients, he’d rather have a full picture of the client and a loan that’s simple to execute. He believes a client would rather have a slower approval process if it means the loan comes back with no conditions and closing can happen in a matter of days.

Crucial to that setup, Keelin said, is maintaining regular engagement with the client. He stressed that the difference between originators doing well or poorly in this industry is their speed in responding to client requests. Whether “good, bad or indifferent,” as he puts it, Keelin believes that originators must keep their client engaged at every possible opportunity. Even if that’s just reminding them that their loan is still moving through underwriting.

Read More: Loans are taking almost two months to close, what can originators do?

“I built my business on an ultimate response time,” Keelin said. “If I can respond to somebody just instantly, it’s very hard for them to counter sell me. Somebody can offer them a lower rate, but how can they compete with somebody that’s going to get back to them instantly?”

The focus on data collection upfront allows Keelin the bandwidth to offer such an engaged customer service. Because his team doesn’t pre-commit to files, they aren’t bound to managing surprises on a client’s balance sheet or property appraisal. Keelin said he can place these expectations because of his reputation as one of the top 200 originators in America. His clout means he doesn’t have to entertain prospects unready to move forward. It’s an approach, he said, that will take him past $350 million in volume this year.

If and when deals do fall through in this high-volume environment, Keelin said it’s crucial that an originator handles it professionally. He often sees originators taking their frustrations out on their clients when a deal falls apart. As competitive as he is, Keelin emphasized that a failed deal shouldn’t be blamed on a client when the education and expertise is all in the hands of the originator. Originators need to use failed deals as a lesson in their own deficiencies so they can better address them in the future.

Keelin’s biggest piece of advice for originators in this environment, though, is responsiveness. That’s been his difference-maker.

“Get back to people as soon as you can,” Keelin said. “Good, bad, indifferent, keep open lines of communication because this is a very strenuous process. Don’t forget about your client, don’t forget about where you came from. Because you might be making more money now or you might be closing more business now. But eventually, the rates go up and eventually the market changes. Are you prepared for when it does?”