Will the remote-work revolution drive demand for larger homes? 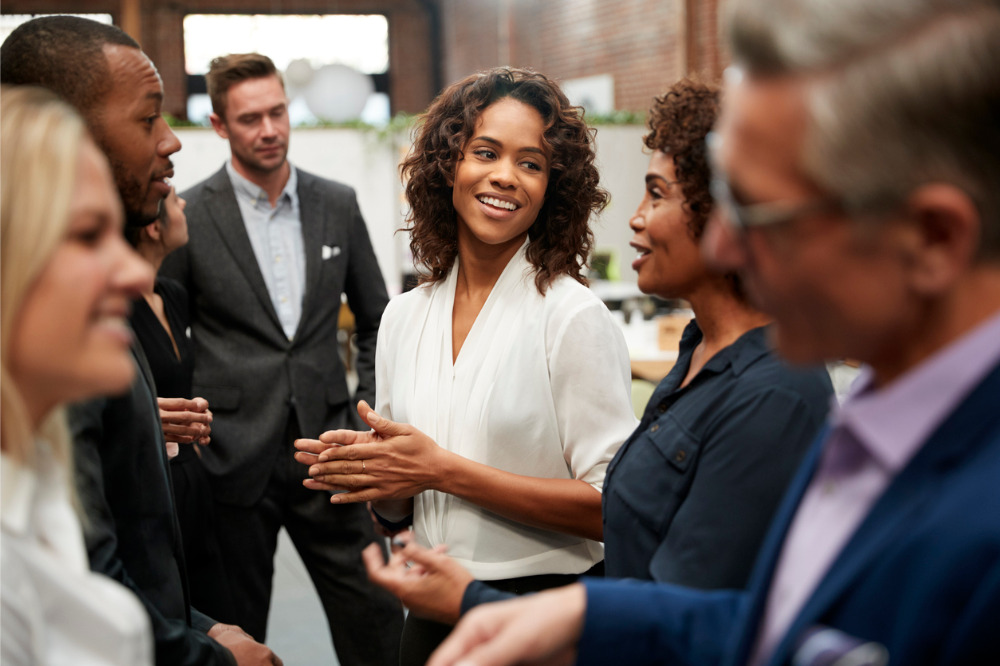 When it comes time for historians to sift through the wreckage that was 2020, it’s safe to assume they won’t be walking away with too long a list of advancements. It’s been a rough one. Racial tensions reached a breaking point after centuries of denial on the part of large swaths of white America. The ongoing COVID-19 catastrophe has turned the country into a planet-wide laughingstock. Rather than strengthening Americans’ belief in democracy, another dispiriting and ugly election cycle has weakened their faith both in the electoral process and their fellow countrymen.

But one glimmer of hope may be discernible among the acres of broken glass, a realization that is dawning on the leaders of the country’s financial institutions: Diversity is power.

It’s also good business. In a country where immigrants accounted for almost 14 percent of the population in 2017, creating a workforce that reflects the changing face of America is imperative for companies who want to earn the trust of, and do business with, the nation’s thriving minority communities.

One company making the connection between diversity and strength is Homebridge Financial Services. The non-bank lender announced last week the launch of its new Office of Diversity and Inclusion (ODI) and the Office’s first goal: increase the diversity of the company’s workforce by 10 percent in 2021.

Taking on the role of Chief Diversity and Inclusion Officer is company CIO Brian White. White says the idea of the ODI came together over the past two years, fuelled by the failure of recruiters to provide Homebridge with a suitably eclectic supply of candidates and by the lender’s acquisition of other companies, which resulted in a fragmented assortment of office cultures.

“It just didn’t feel like a focused effort the way we wanted,” he says.

The first is improving Homebridge’s recruiting efforts to ensure job opportunities at the company actually make their way to minority communities. White says recruiters who rely on publications like U.S. News and World Report to determine which of the country’s “best” colleges to target will typically struggle to assemble a diverse collection of candidates “because we already know from the enrolment levels that the minority participation is low” at many of America’s top rated colleges.

“So you have to do something else if you’re going to reach African Americans. You have to figure out where Asians are going, where Hispanics are going in higher numbers,” he says, adding that Homebridge will be putting more of a grassroots effort into approaching historically black colleges and universities and the members of other community organizations in order to promote future career opportunities to a wider range of candidates.

Second, White says he plans to survey Homebridge’s staff anonymously to get an idea of how accepted the company makes its employees feel. Before that can happen, he says he needs to foster an environment of trust in which workers feel safe expressing their honest appraisals of how working for Homebridge makes them feel about themselves.

White says incidents of both overt and unintended racism can erode the trust minorities place in their predominantly white workplaces. In his 34 years in the mortgage space, he says he has personally experienced levels of racism that would make a person’s skin crawl.

“I’ve been in one workplace where a Black woman came in with a big afro and somebody had something to say about it. ‘Why are you coming to work like that?’” he says. “Things like that really turn off minorities in business because they can’t do certain things that are authentic to who they are.”

The third pillar of the program is bringing more homeownership opportunities to underserved communities, a goal White says involves creating programs that reflect the needs of minority borrowers and ensuring they are educated on the many paths to home and business ownership that are open to them.

“They don’t understand all the opportunities, how these things work in the mortgage space, and how they can get into a home today and be able to afford it,” he says.

What not to do

Borrowers are not the only group whose education White has his sights on. He says Homebridge staff will be put through inherent bias and anti-racist training. Having spearheaded diversity initiatives at Aetna, Countrywide and First Union, he knows the kind of programs he wants to avoid: the offensive and the boring.

Back when “racial sensitivity training” was all the rage, White walked into a session at one of his previous employers and was immediately given a badge to wear by the program’s facilitator. It read “INFERIOR BLACK MALE.” He was told to wear it “so people understand how you feel every day when you go out.”

“I said, ‘Are you out of your mind? What makes you think that I feel like an inferior black male every time I walk out,’” White recalls. He ordered the session closed and promptly went to work dismantling the program.

That level of tone-deafness is unlikely to resurface at Homebridge. White’s main concern is presenting anti-bias training in a way that resonates with non-BIPOC staff.

“I do see us doing unconscious bias training, but I don’t want to call it ‘training,’” he says, as the term brings to mind the mind-numbing, computer-based courses many mortgage professionals are forced to slog through at the end of the year. “I want to get into more of a learning series.”

For this aspect of the program to succeed, White says it is critical to provide relevant, visceral examples that go beyond history and intellect and actually get under employees’ skin, much like how the nauseating video of George Floyd’s death shocked so many white Americans into finally accepting that the nation’s promise of liberty and justice for all has been a 400-year con job perpetrated on the country’s citizens of color.

Hammering home the queasy truths about systemic racism and inherent bias doesn’t always require such harrowing footage. White recalls showing a Good Morning America segment on redlining to some colleagues who had recently taken – and passed – a year-end course on the now-outlawed practice of denying mortgages to Blacks and Hispanics.

“They just looked at me and said, ‘I had no idea that’s what’s happening,’” he says. “Everybody passes the tests, but they don’t know what [bias] looks like, or what it actually feels like.”