How brokers, originators could lose out by ignoring wildfire risk

Finding an uncaptured market by winning for real estate agents 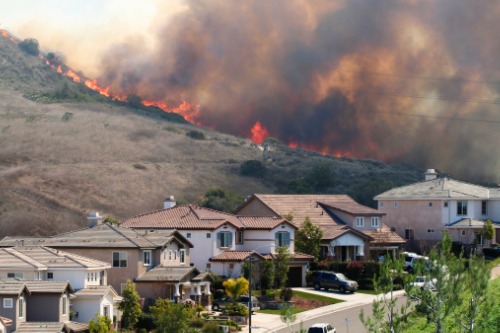 A report released last week from property climate risk-raters ClimateCheck highlighted that US counties at extreme risk of wildfires are still enjoying population growth. This growth is attributed to young homebuyers drawn to the affordability, and older retirees to the remoteness of the “urban-wildland interface.” Places County, CA, for example, is forecast to see almost 29 thousand acres burned by 2050, and yet is still seeing a population growth of 6.8%.

MPA sat down with Skylar Olsen, economic advisor to ClimateCheck, and asked her why we’re still seeing hot property markets in geographies that are at such high risk of wildfires. While there’s an element of personal choice behind some of this growth, Olsen explained that for many homebuyers, the risk of wildfires is not factored into the mortgage rates they can get. She cautioned that for the mortgage industry, especially for the servicing industry, failing to account for wildfire risk could prove to be a ticking time bomb.

“There’s a randomness to the way we experience wildfires,” Olsen said. “But if I was a lender, I wouldn’t just look at where there had been wildfires in the past and say ‘don’t lend in these risky places’. It would be about identifying the next place, asking what’s being built there, and treating it as systemic risk. Right now, lenders aren’t including what will be the major mechanism in assessing risk.”

The report, Olsen explained, is not intended to dissuade development or purchases based on some climate agenda, rather ClimateCheck wants purchasers, insurers, developers, and mortgage professionals to be aware of these risks so they don’t lose big when the next wildfire turns a subdevelopment into smoldering ash.

Read More: The resort destination with the hottest housing market in the US

The risks are especially high for the mortgage servicing industry, Olsen said, as the equity on these homes held as collateral could literally go up in smoke. However, there’s real risk for originators too if risk assessments start factoring wildfires in. States like California have already made steps in this direction and Olsen believes papers from former Obama administration officials speak to a growing consensus that these risks will be factored into mortgage loans and rates in future. It may prove surprisingly difficult to sell these loans on to a servicer if the risk to the underlying equity isn’t factored into the rate.

Olsen believes that brokers and originators need to get informed about these risks now. She said that while the now annual headlines of record wildfires in California, Washington and Oregon have already raised awareness in those states, other states like Utah and Idaho are facing similar risks and a growing purchaser class of retiring boomers looking to escape the city. She said it’s up to a mortgage professional to inform those clients about the potential of this risk – not only as a risk of actual fire, but what it could mean for their mortgage and insurance rates in the future.

Olsen added the collateral damage and knock-on effects of more frequent and more intense wildfires on the mortgage industry could be huge. Even if a property is not in the direct line of fire, a glorious summer turned into a regular smoke and haze season could have huge impacts on the value of a property. She said that mortgage professionals working in these high-risk areas need to be aware of these risks so they can keep winning despite them.

“The Pacific Northwest has built quite an appeal on its gorgeous summers,” Olsen said as an example. “But in areas that are consistently smoked out every summer, how will that affect home values? For mortgage services, those mortgages were collateralized by growing values, and if those home values fell, now I’m back into the systemic risk situation that we had much like the aughts where a whole portfolio of homes might not be viable into the future.”