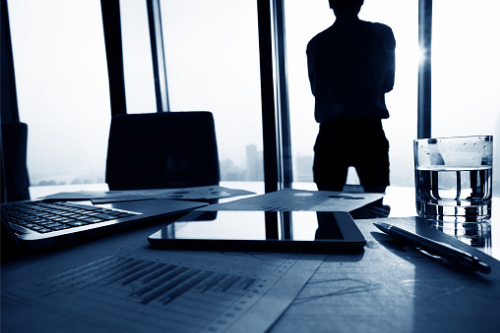 Over its first 25 years of existence, Princeton Mortgage built a reputation throughout the industry as a solid, conservative, regional mortgage banking institution. Before the Great Financial Crisis, Princeton was pushing through $500 million in deals a year. By the mid-2010s, business had shrunk to less than $150 million a year, and once the company lost a critically important joint venture partner, things got even worse.

“We went down to essentially zero in January of 2018,” says company CEO Rich Weidel. “We had a shell of a company, but an opportunity to say, ‘Do we want to shut it down? Try to sell it? Or make a go of it?’”

Having just been anointed the new head of Princeton, Weidel’s choice was clear: Find a way to make it work. He and his team studied the performance of other mortgage companies, where they started and the paths they followed to success, and assembled a strategy with two primary goals in mind.

Before readers roll their eyes at what they perceive as another story about the importance of “culture” and “the customer experience” and click themselves off into the ether, they need to know two things about Weidel’s approach to reinvigorating Princeton.

One: The concepts he introduced the company to were both radical and unpopular among several of his colleagues.

Two: Princeton closed over $200 million in funded deals – in August.

“You have to have the right culture if you’re going to attract the right people to make the right decisions to drive your performance,” he says.

Surprisingly, the culture Weidel envisioned isn’t one that motivates its employees. In his view, true motivation isn’t something a company can create in its workers. They have their own goals; their jobs are simply ways for them to achieve them. He says attracting, retaining, and developing the industry’s best requires “fostering an environment where motivated people can thrive.”

But the only way for that to happen is if a company’s leadership commits to studying and understanding what its employees’ motivations are.

“I would challenge, if you don’t know what motivates your people – what they want to get out of the next year or two, what’s important to them – how can you help them get to where they want to go?” Weidel says.

Here’s where things get interesting. At the 90-day mark in every employee’s tenure, Weidel sends out an email containing The Offer. Employees are given the choice to either remain with the company or take a $5,000 check and clean out their desks by the end of the day.

“They’ve really got to decide – is this the place they want to be or not?” he says.

By putting forth The Offer, a potentially painful scenario known in management circles as a “catalytic mechanism”, Princeton is able to gauge not only the influence of the company’s culture on its employees but the performance of the company’s hiring team. If recent hires continually decide that they’d be happier elsewhere, something in the guts of the organization is in need of a tweak.

That hasn’t been the case at Princeton. The program has been so successful that Weidel is considering increasing The Offer as his way of demonstrating the company’s commitment to fostering an environment too fulfilling to walk away from.

Consumer reports
Giving borrowers what they’re looking for requires lenders to figure out just what that is.

“You can read McKinsey reports and MBA reports and get very confused about what a customer wants,” Weidel says. In his view, the simplest and most accurate way of determining what clients desire is to get their input directly.

But rather than survey borrowers and hope for their honest input, Weidel decided to try another risky catalytic mechanism: Customers unhappy with Princeton’s performance would be entitled to a $1,000 payment.

It was not his most popular idea, and his refusal to attach conditions to the payments added to the controversy.

“It felt so radical inside the company that while I was talking about it with the entire company, a woman got up in the middle of the meeting, walked up to her desk, packed up her stuff, and never came back,” he recalls.

When it launched the Princeton Promise almost three years ago, the company’s benchmark for success was fewer than 10 percent of clients claiming the $1,000. The results were…not good.

“In the beginning, we got nailed,” Weidel says. “It hurt so much.”

But that’s the point of a catalytic mechanism: Pain that results in progress. The company reviewed every broken promise that resulted in a payout, using each one as an opportunity to improve its performance.

“Instead of us trying to determine what the customer wanted or what was important, they were telling us,” he says. “It has solved all of our customer satisfaction problems.”

That may be putting it lightly. In August, the company achieved its highest monthly totals for loans both funded and originated, achieving a Net Promoter Score of 97 along the way. Princeton is now on pace for its first $1 billion year.

“These things,” Weidel says, “are working.”