Have we seen unsustainable house price growth in 2020? 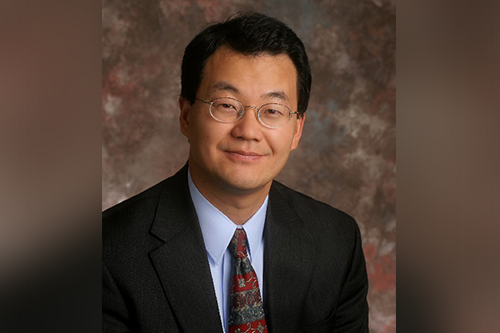 2020 has seen record house price appreciation throughout much of the United States. Purchase markets across the country have accelerated despite, or even because of, economic fallout from the pandemic. But is this growth sustainable, and what will it mean for the purchase market in 2021?

To answer these questions, MPA spoke with Lawrence Yun (pictured), chief economist at the National Association of Realtors (NAR). He broke down where he sees weakness and which markets still have room to grow. He explained why the US has seen such a broad-based acceleration in home prices as well as what 2021 will mean for the future of US housing and where mortgage professionals can find the next great opportunity.

“As one looks at this recent price growth, it’s been driven by low mortgage rates, prices are certainly increasing – but if one takes into consideration that mortgage rates have fallen, people’s monthly payments based on that low rate has not risen all that much,” Yun said. “In the US, people are locking in these low rates on long-term fixed rate mortgages and monthly payments have not risen much thanks to the magical power of low interest rates.”

Read more: Fannie Mae chief economist on what to expect at this week’s Fed meeting

Yun also noted that price appreciation is due in significant part to supply shortages, on the back of a decade of under-production of homebuilders since the great financial crisis. It’s his view that given short supply and low rates, the vast majority of house price appreciation in 2020 has been sustainable.

A risk, however, comes if house prices keep accelerating at their current rate into 2021 when rates will almost certainly not get any lower. If house prices rise significantly next year, Yun said, then we could be entering into a period of more unsustainable growth and, potentially, have a serious impact on the affordability of certain American housing markets.

Yun doesn’t see unsustainability in the rapid price growth experienced by cities like Dallas, however. He believes this because average prices are still low enough to remain attractive to people moving from more expensive cities like New York and San Francisco, empowered to live further afield by the rise of ‘work from home’.

Where some analysts have claimed remote work’s long-term impact on US real estate is overstated, Yun sees it as a potential paradigm shift. While he accepts that when the pandemic passes many offices will reopen, he said that a hybrid model is far more likely than traditional pre-pandemic work arrangements simply because so many companies have shown they can remain productive with their workforces stuck at the kitchen table.

Where Yun sees weakness, at least into the medium-term, is in the major metro areas of New York, San Francisco and other high-density cities, though he noted that the presence of the Federal Government in DC will likely keep some weakness at bay in that particular market.

Conversely, Yun sees room to grow in the smaller cities of the Midwest. Cities like Indianapolis and Des Moines are appealing as affordable markets remote workers can easily relocate to. States with zero state income tax like Florida, Nevada, and Texas could also benefit as workers previously tied to Silicon Valley or Manhattan could relocate there and enjoy a far lower tax rate.

Given this landscape, Yun advises that mortgage professionals take a cautious eye and position themselves for strong purchase markets in the year ahead.

“Refinances will not come around to the degree that happened in 2020,” Yun said. “I think the mortgage rate will average around 3% next year, up from 2.7% this year. I still think purchase applications will grow and mortgage professionals should look for purchase growth, principally in the South, the Midwest, and zero state income tax states.”