We need to make the most of the current conditions 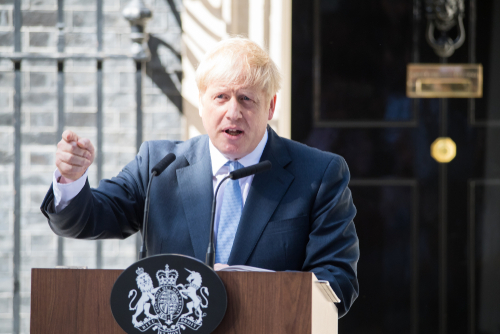 Last week, the Prime Minister proposed procedures to get more prospective homeowners onto the property ladder by offering lower deposits to help with affordability.

As part of the initiative, banks would no longer be required to ask applicants about the finer details of their earnings and outgoings, with the intention of an estimated 95% of loans being accepted.

Just Mortgages: PM’s 95% mortgages should not be tax-backed

In addition, the government will take on some of the loan risk in the form of a state guarantee.

Johnson indicated that he would like to see longer term fixed rate mortgages becoming more commonplace.

However, brokers sell deals priced at two to three-years due to repeat business, and lenders would increase rates in order to account for the added risk of longer-term deals.

Kate Davies, executive director at IMLA believes that the Prime Minister’s enthusiasm for helping young people – currently marked as ‘generation rent’ – to get on the housing ladder is to be welcomed.

She said: “Homeownership amongst the young has fallen sharply in the wake of the 2008 financial crisis.

“IMLA, as well as other organisations including the Resolution Foundation, has warned that a generation of people face being locked out of the market, unlikely to benefit from the financial security that owning a home provides and creating an intergenerational divide.”

Davies continued: “We have consistently made the point to the Bank of England, Treasury and [Financial Conduct Authority (FCA)] that a combination of stricter lending rules, and the additional 3% stress test on borrower affordability mandated by the Financial Policy Committee have acted as formidable barriers to first-time buyers.”

The current administration remains intent on withdrawing the Help to Buy scheme in 2023, and any replacement, which relies on support from the government, will need to be introduced with the full knowledge and input of mortgage lenders, Davies explained.

She noted that the latest announcements regarding long-term and high loan-to-value (LTV) products are surprising.

Davies concluded: “As yet, we are not aware of any detailed discussions having taken place with lenders or other stakeholders in the mortgage market and we look forward to serious discussions as to how Downing Street’s promises can be translated into real action.”

Eric Leenders, managing director of personal finance at UK Finance, said: “The banking and finance industry supports innovation in the mortgage market, particularly that which enables borrowers to realise their dream of home ownership, through lower deposits.”

Leenders believes that firms have a duty to lend responsibly and consider the affordability of the mortgage in the long-term, helping customers to avoid the risks associated with negative equity.

Furthermore, Leenders outlined that the Prudential Regulatory Authority (PRA) monitors the proportion of higher LTV lending mortgage lenders have in their portfolio.

Leenders added: “Each provider will constantly review their individual risk appetites in relation to the level of higher loan-to-value lending they wish to commit to, based on a range of metrics and regulatory requirements.”

A shift to long-term rates to assist generation rent in entering the property market would be significant, as it would represent a fundamental departure from the traditional funding model for UK residential mortgages and would require discussion with and preparation by lenders.