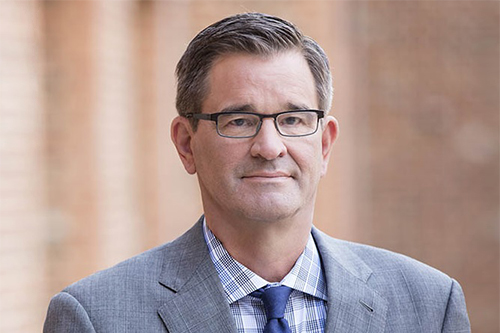 The Federal Reserve meets this week against a backdrop of disappointing November job growth, a still-booming housing market, higher hopes for a stimulus agreement, and the beginnings of a global vaccine rollout. With conflicting signals and a still-uncertain environment, MPA spoke with Fannie Mae chief economist Douglas Duncan (pictured) to ask what he is predicting for the Fed meeting and what he thinks mortgage professionals should look at in the upcoming announcement that will inform how they begin their 2021.

Duncan expects the Fed won’t raise its key interest rate at the December meeting. However, he highlighted that any rollback of ongoing quantitative easing policies could indicate a looming rate hike. Inflation targeting, too, could inform whether or not rates might rise soon. Nevertheless, he expects the low-rate environment to persist through next year.

“The rate path in our forecast [for the 30-year fixed rate mortgage] is basically flat through 2021,” Duncan said. “We see the 10-year treasury coming up some because those spreads are wide, lenders can narrow the spread and keep business flowing. The purchase side, particularly, is going to be driven by demographics and supply, it’s much less sensitive to interest rates [than refis]. As long as there’s narrow spreads we expect they’ll be able to keep those volumes coming.

Duncan noted, however, that dramatic announcements about rollbacks in Fed purchasing of mortgage-backed securities (MBSs) could have impacts on the rate market. He cited the example of 2013 when then-chairman Ben Bernanke stated that at some point the Fed would slow its purchases of MBSs and, over the next six months, rates went up 100 basis points without the Fed doing anything concrete. Duncan said the Fed is aware of this “taper tantrum” phenomenon and will likely make announcements cognizant of how dramatically the rate environment can change.

Beyond what quantitative easing policy might tell us about rates, Duncan said we should also look closely at the Fed’s flexibility around average inflation targeting. The meeting might come with some indication of how much inflation above the 2% target the Fed is willing to accept and for how long. The meeting could reveal if, for example, they’ll accept a 4% interest rate for a period of months or whether they would act quickly and decisively to keep inflation in check.

Duncan expects the economy to come back strong next year overall. The combination of high savings rates, a likely stimulus agreement, and a probable vaccine rollout through the first half of 2021 could see the second half of the year buoyed by strong economic activity. If that comes with serious price appreciation, however, the Fed might have to make some decisions around increasing interest rates.

Fannie Mae is somewhat concerned about rapid house price appreciation and Duncan believes the purchasing of MBSs is augmenting what would be the normal supply and demand characteristics. If the Fed changes its MBS purchasing program, it could see rates go up but Duncan stressed that the spread is wide enough that lenders have room to keep doing business profitably at low rates.

One concern that could inform what the Fed announces, Duncan explained, is the poor job growth we saw in November. That indication that the economic recovery might be slowing shouldn’t necessarily be surprising given the pace of the recovery so far, but if the Fed sees these job numbers as a bigger warning, we may see that reflected in its announcement.

Duncan stressed that the overall story of the pandemic economy has been sectoral suffering borne, largely, by hourly wage-earners who tend to rent. The housing market has been a bright spot in the US economy this year and, with savings rates where they are, Duncan expects the Fed’s announcement won’t get in the way of a strong start for mortgage professionals in 2021.

“Savings rates are 50% higher today than normal because consumers are simply not spending those discretionary funds,” Duncan said. “Those folks who lost their jobs or who are really losing their jobs are largely hourly workers, they are typically renters, not owners. Because the interest rates are so good and because the job loss is not heavily centered on salaried workers, housing may continue very strong.”