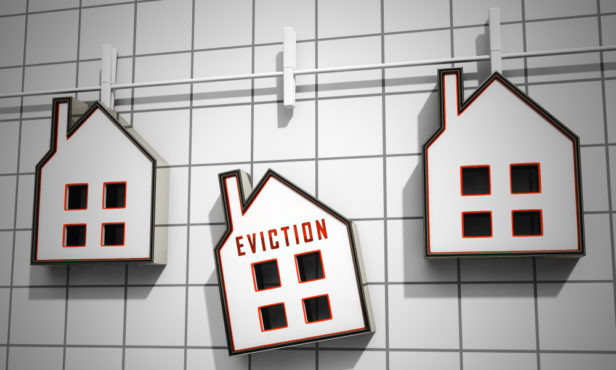 Evictions have been halted across much of England and Wales after bailiffs agreed not to enforce court orders against tenants living in areas under tier 2 or 3 restrictions.

As reported in The Independent, tenants in areas such as Merseyside, London and Greater Manchester are protected from being removed from their homes.

However, evictions can still proceed through the courts despite bailiffs not physically removing people from their homes.

Justice Secretary Robert Buckland wrote to bailiffs’ trade associations requesting that they do not carry out evictions in these affected areas.

Buckland emphasised that the situation would be kept under review.

Wales is not in three-tier system, but will no evictions will take place during the 17-day lockdown that began last week.

Members of the High Court Enforcement Officers Association have agreed to the request, with predictions that those in tier 2 and 3 areas will not be evicted until January.

A suspension of evictions is already in place over the Christmas period between 11 December and 11 January.

Polly Neate, chief executive of Shelter, told The Independent that now “is not the time for people to be kicked out of their homes” and is working with landlord organisations to call on the government to prevent evictions.