What does 2022 hold for the commercial mortgage industry? 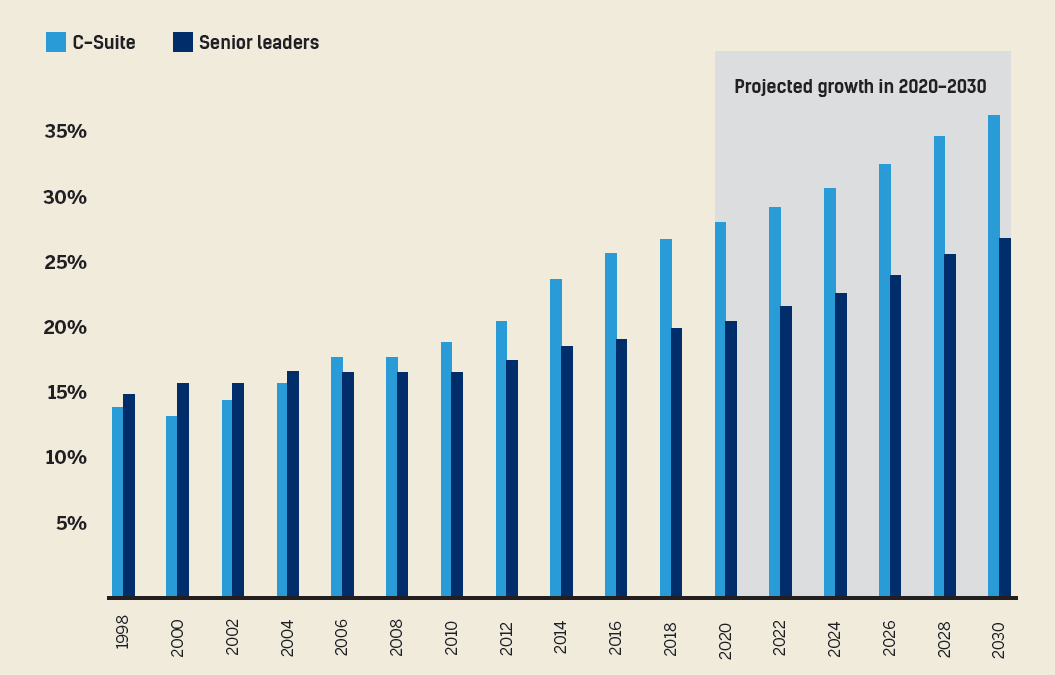 In many ways, the mortgage playing field has evolved into something far more inclusive and empowering for women. This special report explores how MPA’s Elite Women have pushed the boundaries in diversifying the traditionally male-dominated mortgage sector.

Despite the internal conflicts and unintentional bias that can still affect even seasoned professionals, the 59 winners continue to create environments where people have equal opportunities to do their best and be recognized for their work. And they will keep breaking barriers until confident female leaders become the norm and not the exception.

Overcoming impostor syndrome
By most standards, Tracie Schmidt, producing branch manager at Supreme Lending and one of this year’s Elite Women, has proven herself a strong and competent leader. When under pressure, she is not afraid to jump on the front lines with her team to ensure that the job gets done – and done right. Despite her accomplishments, Schmidt still gets riddled with self-doubt and the nagging feeling that her efforts are never enough.

“I can’t say that I ever feel like I’m misrepresenting myself; however, doubt of getting results can creep in,” Schmidt tells MPA.

“The business I’m in is commission-based, and the clients I work with are referrals from other clients and referral partners. If you and your team don’t do a good job, it can have a direct impact on your future business. The mortgage industry has had many ups and downs in my 20-year plus career, and there were times that I wasn’t sure how I was going to be able to pay  my bills.”

It may come as no surprise that high-achieving women like Schmidt tend to experience impostor syndrome – feeling like a fraud and often questioning one’s achievements and merit.

For Elizabeth Morales, chief marketing officer at Applied Business Software and another Elite Woman, one of the toughest challenges has been learning to advocate for herself. “I always felt if I was doing a good job, someone would notice and recognize me, but that may or may not happen,” she says.

In a 2011 Journal of Behavioral Science study exploring impostor syndrome, clinical psychologist Jaruwan Sakulku found that an estimated 70% of people will experience at least one episode of this syndrome in their lives. Data from the 2019 Impostor Syndrome Study revealed that a shocking 67% of female senior business leaders have not asked for a salary increase or aimed for a promotion they knew deserved in the past few years – all because of impostor syndrome.

Another Elite Woman who had fallen prey to this condition is Jane Mason, CEO of Clarifire. She confessed to having moments of fear and lack of confidence as a young leader until she paused to look back and examine what she had accomplished.

“I had become an entrepreneur, which was my dream. I brought together a loyal team, and we invented a software that offers a new way of doing business. I realized that I was a success — I used my values, integrity, and passion for doing what was right to get where I am today.

“This concept of ‘impostor syndrome’ that affects some leaders is easy to overcome when you look long and hard at yourself, remind yourself of your accomplishments, and surround yourself with mentors, peers, and others who reinforce your values and successes,” Mason says.

The only woman at the table
In her 24 years in the mortgage space, Schmidt says she had been overlooked by her male counterparts, hindering her career advancement.

“I was supposed to become a partner within a new company with my male supervisor at the time. I thought I was finally going to take my career to that next level and be part owner of a branch. He asked me to motivate the team that built trust in me and ensure they followed me as a leader – and that I did,” Schmidt says.

“However, once the move was made, I was shortly told thereafter that I could not be a partner and share in the profits of the organization, but instead, I would continue to be a manager.

“This was about 10 years ago, and I still think about it every day. The positive outcome from this experience is that it made me smarter in business. I won’t be taken advantage of again and have been able to speak my mind, asking for transparency with upper management, ever since.”

Like Schmidt, Mason has also experienced some underestimation of her abilities and lack of respect rooted in unintentional biases.

“There have been times I walked into a meeting, and someone asked me where the president of Clarifire was, but this doesn’t happen as much as it used to,” she says.

“It only motivates me to keep pushing forward and deliver the best service for my clients because that’s the bottom line.”

Mason believes that underestimating unintentional bias is one of the biggest challenges women face. There’s no avoiding it, she tells MPA, but it can be overcome by always being gracious, doing one’s homework, and being willing to work harder than others.

“Women are much more included and respected than we were five years ago. I do think diversity initiatives within our industry have increased awareness, and male executives are playing a major role in turning it into the future state,” Mason points out. 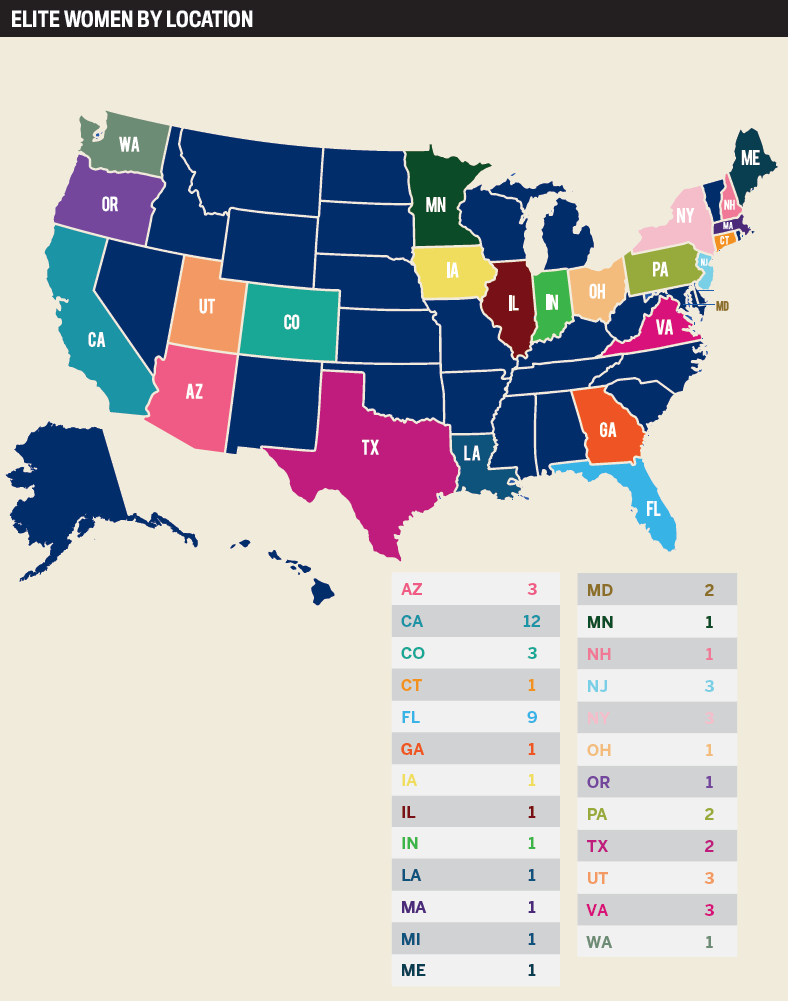 No need to ‘fake it’
In an industry where determined and talented female leaders thrive amid obstacles, the Elite Women show how one can defeat impostor syndrome and unconscious biases – and that it does not have to be done alone.

“Regardless of what project you’re working on, do it better than others and do more than what people expect of you,” Mason says.

“Be true to yourself and don’t get caught up in your own role biases. Have other women mentors and run your ideas by them and cultivate a network of peers who make introductions for you and help you along the way. Also, there are several women-oriented organizations that create cultures of sharing, learning, and helping each other. Use them.”

In addition to having focus and reaching out to other women, Morales encourages others to record their work accomplishments and use them to their advantage.

“If we learn to document and share what we do, we are better suited for a promotion,” she says. “The data is irrefutable. We need to be equally represented in every field. We need to support women coming into the workforce. I am a mentor for those who want to move up in their career and love doing so. Find a mentor and become a mentor someday.”

“Understand your competition. Work smarter, not harder, and be creative in getting results so you stand out,” Schmidt says. “Don’t try and reinvent the wheel – find someone within the organization you belong to that is successful, regardless of male or female, and call them. Ask them what they do and how they do it.

Successful people love to share, and it will then be up to you to take action.

“As time passes, the path for female leaders hopefully will get wider instead of smaller. I think female leaders need to find a way to come together, and hopefully, this article will help stir that up. We need a platform to be able to share our stories with the younger generation to help them avoid the same mistakes.”

In September, Mortgage Professional America invited industry professionals from across the country to nominate exceptional female leaders for the 5th annual Elite Women list. Nominees had to be working in a role that related to, interacted with, or in some way impacted the industry and should have demonstrated a clear passion for their work.

Nominators were asked to describe the nominee’s standout professional achievements over the past 12 months, along with their contributions to diversity and inclusion in the industry and how they’ve given back through volunteer roles and charity work. Recommendations from managers and senior industry professionals were also taken into account.

After a thorough review of all the nominations, the MPA team narrowed down the list to the final 59 Elite Women who have made their mark on the industry.