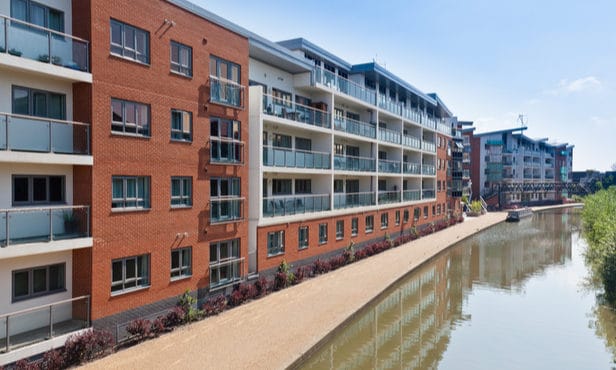 Rightmove data has revealed a rise of just £2,129 in the average asking price of flats across Great Britain since February 2020 before the pandemic started.

Rightmove said the lack of available stock and ongoing high demand will likely continue to underpin prices in this bigger home sector.

The percentage of detached homes available for sale was down from 73% in June last year to 41% available in June and July 2021.

Tim Bannister, director of property data at Rightmove, said: “Navigating a busy market can be daunting for buyers, especially if they’re looking to get onto the property ladder for the first time.

“However, the latest data might suggest an opportunity for some first-time buyers, with average asking prices for flats currently up by 1%, which is significantly less than the price increases we’ve seen for other property types.

“In the first few months of the housing markets reopening across Great Britain last year flats were temporarily out of favour as people sought bigger homes with more space further out, but we’re now seeing this trend start to shift back again.

“This means it could be a good time for those first-time buyers who would like to buy a flat to see what’s available before prices start to rise further, as the majority will benefit from being exempt from stamp duty and, although activity is increasing, there’s still less competition among buyers for flats than for houses right now.

“The sharp rise in average asking prices for detached homes probably comes as no surprise to those who have been following the rush for room that emerged when the market reopened, and with available stock still limited and strong demand continuing, we’re unlikely to see prices fall for this property type anytime soon.”