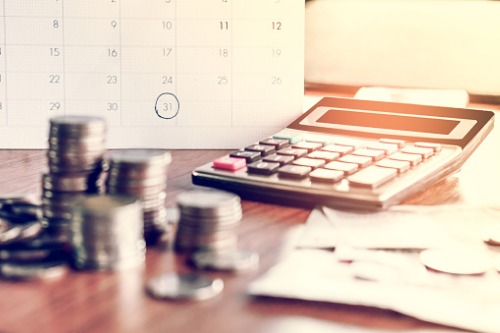 With Democrats and Republicans still miles apart on what the next phase of COVID-19 relief will entail, business owners are urging the leaders of the Senate and the House of Representatives to include some form of unemployment tax relief in the next round of assistance.

On August 3, representatives from more than 50 national and state business associations sent a letter to various Senate and House leaders, including House Speaker Nancy Pelosi, Senate Majority Leader Mitch McConnell, House Minority Leader Kevin McCarthy and Senate Minority Leader Chuck Schumer, as well as the chairmen of the Finance, Budget and Ways and Means Committees, in which the group called for a response to the “unprecedented impact on state unemployment insurance trust funds and employer costs associated with the economic recession due to COVID-19.”

“[T]here is an immediate need to bolster the state unemployment insurance trust funds,” the letter reads.

Prior to the COVID-19 outbreak, 22 states’ unemployment trust funds were found to be below the recommended minimum solvency standard, including California and New York. As of April 22, nearly half of U.S. states had already seen double-digit percentage declines in their trust fund balances since February.

If they are forced to turn to the federal government to top-up their trusts, states with lower solvency levels will be required to pay interest on the money borrowed. If the repayment of these loans drags on too long, a not unlikely scenario, employers in the impacted states will be forced to pay higher federal UI taxes, an extra cost few will be able to absorb after months of generating little to no income. Having to pay increased unemployment taxes, the letter states, “will slow the economic recovery, discourage job creation and result in longer term unemployment.”

The letter presents several measures that could provide relief for struggling business owners.

The first, and possibly most impactful, suggestion is for the government to assume all costs related to COVID-19 unemployment. As the decision to close businesses was made by state governors and the feds, and not by the businesses themselves, the letter explains, “employers should not be responsible for the cost of unemployment due to COVID-19.”

The writers also suggest that all states receive a transfer of government funds into their unemployment trusts using the same distribution method enacted in response to the 2002 recession. The states would have the option to use the amounts distributed for administration of unemployment insurance and/or related employment services.

“The transfer would serve to reduce the large increases in state UI tax rates caused by charges related to COVID-19 shutdowns and enable states with healthy trust funds to address UI systems updates that are critically needed,” the letter states.

Another suggestion involves holding off on charging interest on Title XII loans, possibly until the end of 2021. The FFCRA granted a waiver on Title XII interest through the end of 2020, but, the letter argues, a further extension would provide more breathing room for states that have incurred higher interest costs as a result of a dramatic increase in borrowing.

The letter’s writers are also calling for short-term transfers of federal funds to state UI trusts to offset the unprecedented unemployment compensation benefit charges businesses will need to pay because of the intensity of the COVID-19 recession.

“[E]mployers, including many non-profit organizations with small operating budgets, are not able to make the required payments and may need to remain closed even after the economy begins to recover,” the letter reads.

The reimbursement amount being charged to employers was already slashed by half in the CARES Act, but the group is calling for transfers that would cover 100 percent of the charges due.

“A short-term transfer of 100% of charges due to the COVID-19 recession would permit reimbursing employers to manage the increased costs and provide additional funds to reduce unemployment trust fund deficits,” the group writes.

The associations behind the letter are not alone in demanding Congress provide more assistance for small businesses. In another letter released on Monday, more than 100 corporate leaders warned the leaders of the House and Senate that “small business owners are facing a future of potential financial ruin that will make the nation’s current economic downturn last years longer than it must.”