The Mortgage Broker Club partners with Glenhawk on video content 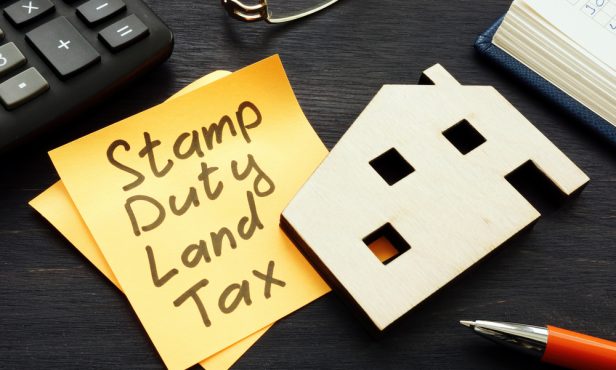 The two-tier conclusion to the Stamp Duty Land Tax (SDLT) holiday was absolutely the right call, according to Conor Murphy, chief executive of Smartr365.

He believes that the initial introduction of the holiday created an incentive to keep the property market buoyant during a turbulent time.

Murphy said: “The stats speak for themselves, with figures showing that 36,000 sales were completed on 30 June, 10 times the usual daily amount.

“This would not have happened without the incentive of the stamp duty holiday.”

He went on to explain that while the further deadline on 30 September will perhaps not cause the same volume of business, but that it ensured that the first SDLT holiday conclusion deadline was not a cliff-edge.

Murphy said: “There are two key learnings from this. Firstly, that the stamp duty holiday has helped to make homeownership more accessible, and we would encourage the government to consider how it can continue to level the playing field once the final tax break is over in three months’ time.

“Secondly, the increase in activity gives the industry a key opportunity to reflect on how to help as many borrowers achieve their homeownership goals as possible.”

By relying on technology for credit checks, decisions in principle (DIPs) and sourcing, Murphy said this can make the homebuying process more efficient and get transactions over the line much quicker for borrowers, brokers, lenders and all other parties involved.

However, Nick Chadbourne, chief executive of LMS, said: “I was never an advocate of the SDLT holiday.

“Whilst the first few months of lockdown were worrying, both in terms of health and global economic impact, it was evident that the market would re-open, and that people would have different driver and motivations when it did.”

Chadbourne believes the holiday extension “fuelled an already well-lit fire,” as there was high demand caused by Brexit delays and the demand for green space, moving out of shared properties and the shift to remote working due to the pandemic.

He added: “I firmly believe that the considerable capital pumped into the purchase market could have been better used elsewhere.

“There has only been a marginal slowing of front-end instructions and, subsequently, we should expect another peak at the end of September.”

Kate Davies, executive director of IMLA, concurred with Murphy that the extension was welcome news for the housing market.

She said: “It provided a much-needed confidence boost to buyers and helped to stimulate demand.

“In fact, the policy had become so instrumental in supporting the market that we identified in our 2021 New Normal report that a hard stop to the scheme would create the single biggest barrier to the market’s recovery this year.”

Davies explained that without some form of tapering, buyers were in danger of missing out on the deadline – possibly through no fault of their own – while part-way through a purchase

This would have left them facing a significant additional tax bill, which could have resulted in some last-minute re-negotiations on price or – at worst – some sales and property chains collapsing altogether.

She added: “It might still have helped to have had some type of cut-off period which could have allowed mortgage lenders to process eligible applications without the danger of a last-minute landslide.”

Davies said that it is likely the data will show another activity spike in June as many cashed in while the nil rate period was set at £500,000, but that the market will need to wait until later this year to see just how many people continued to take advantage of the extension to the end of September.

She said: “There is growing evidence that house prices have risen as a direct effect of borrowers being able to afford more – so it is right that the stamp duty holiday should come to an end in order to avoid the market overheating.

“The government’s tax take has also remained healthy throughout this time – so, although the holiday period has put considerable strain on lenders and conveyancers, it can be seen to have produced many positive outcomes.”