The Mortgage Industry post-2020 part 2: Time to refocus on purchase 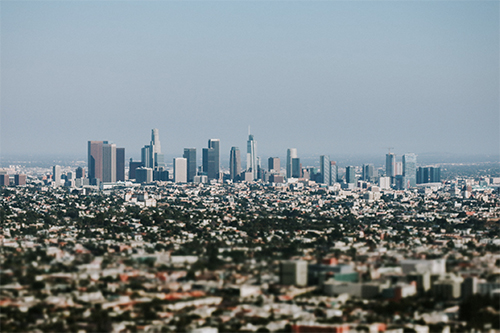 Few cities have experienced the ups and downs of this year’s residential market the way Los Angeles has. The country’s second-largest city is defined as much by its suburbs as its downtown core, and has seen a variety of growth, stagnation, and decline across its various real estate markets. Downtown condo dwellers have struck out into the ‘burbs, in line with national trends, and the downtown multifamily market has stayed depressed.

In the short term, LA brokers and originators working in multifamily spaces have had to move with agility to stay afloat for those investors who see an opportunity in a low rate environment and weaker multifamily market. In the long term, one CEO sees serious opportunity in the LA multifamily space when the pandemic subsides, and the pull of the silver city can be felt across the country again.

“This pandemic, in my opinion, is the time in history where millionaires and even billionaires are made,” said Jeff Holzmann, CEO of IRR Management Services, a crowdfunded real estate investment firm. “There are some real estate investments that in 2019 had an efficient market rate, and are currently selling for a fraction of that price. Anybody with a with a keen sense, knows there’s an opportunity there.”

Holzmann is confident about LA in particular because while he accepts the pandemic has reversed the trend of growing city centers in places like San Francisco, he believes that the mixture of single-family suburban housing and multifamily complexes at the core of a global city like LA set it up for future growth. Holzmann’s predicted rebirth of downtown LA is predicated on a vaccine, but he said that if and when a vaccine does come, Los Angeles will be quick to rebound.

People fleeing condos during the pandemic have moved from the city center to the suburbs while staying well within LA county, Holzmann said. LA’s newly suburbanized population is close enough to the city to either move back to the central condos or at least support the kind of economy that will draw in young urbanites from across the country.

While Holzmann sees a bright future in LA, Matt Douglas, who has been working on the frontlines of the multifamily and retail mortgage industry as principal of Venture West Funding in El Segundo California, within LA county, said the landscape for investment has grown more challenging this year.

“The appetite for lending from banks has normalized somewhat, but it’s still very cautious,” Douglas said when asked how his day-to-day is changing. “The underwriting has been much more conservative, just about everybody is reducing loan-to-values or increasing the debt coverage requirements on any loan.”

Despite those challenges, Douglas believes a nimble operator can play a crucial role as investors like Holzmann start looking at the LA multifamily market again. It is up to originators to find those more aggressive lenders and use the historic rate environment to their own, and their client’s, advantage.

Douglas explained that a bounce back may happen soon, but the damage to office space and the likelihood of a fundamental shift in how those spaces are used could create weaknesses in dense LA neighborhoods like downtown and Koreatown for some time to come. He said, however, that once the entertainment industry can come back into its own, the LA multifamily market will start to normalize as the city draws entertainment workers from across the globe yet again.

In the meantime, Douglas believes a savvy originator, ready to move with agility, can already work to ensure investors like Holzmann, who see opportunities in LA, can take advantage of them while there’s still discounts in this market.

“If you’re an originator you just need to play with the hand you’re dealt,” Douglas said. “I think the advantages of the historic low interest rate environment gives you a lot of opportunities. You need to be selective about your loans and your goals. For us, we’re going to focus on the loans that get done, loans that our banks are seeking, that’s our goal.”