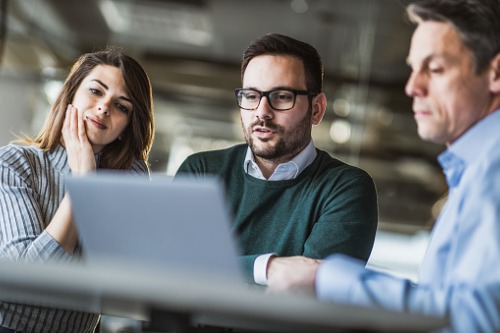 Deal volume across all investor types has been dismally low, hitting levels last seen in 2012, due to the economic impact and uncertainty brought on by the COVID-19 crisis. Institutional investors, however, continue to grow their portfolios despite the unstable environment.

The past two quarters have been the most challenged when it comes to deal activity, despite the pandemic hitting earlier in March. Cross-border investors also expanded their net position in these two past quarters by acquiring $1.8 billion more than they sold.

“What these cross-border players have in common with U.S. sources is a deep pool of capital that can pause for a while amid the crisis,” said Costello. “The fact that the institutional investors bought more than they sold over the last two quarters is therefore, in part, a story of not being forced to sell assets yet in a time of uncertainty.”

While low interest rates usually inspire activity, commercial mortgage rates haven’t varied as much, averaging 3.8% since March. “Even with more favourable financing costs, potential buyers are fearful to step up to higher prices in the face if struggling tenants and a hazy picture on future income trends,” Costello explained, with national sales activity was down 68% year-over-year in August.

He added that lenders are also acting with an element of caution, but some of the more aggressive players have started originating loans with lower LTVs. Despite U.S. deals tumbling in the third quarter, pricing showed signs of improvement.

Bloomberg reported: “While investment volume fell 57% from a year earlier, prices climbed 1.4% on average, the research firm said in a report Wednesday. Deals picked up from the previous quarter, exceeding typical seasonal changes.”

The report pointed to trades both in and out of the distressed market, which hints at some optimism from investors. Bloomberg recounted signs of revival emerging in the third quarter with RCA reporting a 37% increase in investment from compared to the previous quarter.

Retail and hospitality properties continue to make up the bulk of new distress. In Q2, these two hardest hit sectors combined to represent 92% of new trouble, according to the research firm. Latest data from STR found hotel occupancy dropped 32% year-over-year, with revenue per available room slashed by almost half year-over-year.