Can your small business clients use the 3508EZ PPP forgiveness application form?

Coronavirus Trends: How is the Coronavirus Pandemic Affecting the Real Estate Market? 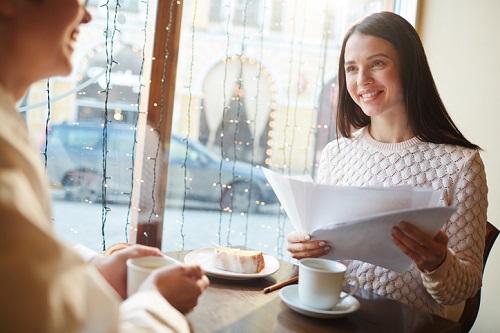 With the Small Business Administration expected to open its Paycheck Protection Program loan forgiveness portal and begin accepting applications from lenders as early as this week, PPP is set to move into its second, more complicated phase. Aware of the anxiety amongst its membership, the National Federation of Independent Business walked borrowers through the application process during a webinar on Wednesday.

One of the most pressing concerns among PPP loan recipients is whether they can use the more streamlined Form 3508EZ PPP Forgiveness Application as opposed to the longform version of 3508, which also includes PPP Schedule A and the PPP Schedule A Worksheet. Because the forgiveness process could take up to five months – lenders have up to 60 days after receiving a borrower’s forgiveness application to pass it on to the SBA, which has 90 days to process it – many would prefer to go the EZ route and get the ball rolling as soon as possible.

For borrowers to be able to use the EZ application, Holly Wade, the NFIB’s director of research and policy analysis, explained that they must meet a few general guidelines.

First, an employer cannot have reduced the level of annual salaries or wages by more than 25 percent. Wade stressed that what matters here is salary level, not salary amount. If its employees went from making $20 an hour to $15 because of disruption due to COVID-19, that business’ PPP loan is still EZ-applicable.

The same goes for businesses that avoided reducing their number of employees or average paid hours between January 1 and the end of the loan coverage period. But in this case, there are exceptions. A business that reduced staff levels compared to where they sat on February 15 can still use the EZ form if it was unsuccessful in rehiring the employees it let go. If a retailer, for example, offered a salesperson her job back but was told she had found work elsewhere or didn’t feel safe working in public, that unfilled position would not count against the borrower.

A similar exception, Wade said, applies to employers who reduced hours. If a business offered to restore an employee’s hours but the offer was refused – a mother, for example, may have opted to continue working part-time to take care of a child whose school had shut down – those reductions will not prevent a business from using the EZ form.

PPP recipients can also use the EZ form if they were unable to operate at pre-COVID-19 capacity levels during the cover period due to compliance with federal and state orders meant to limit the spread of the coronavirus. Wade cited as examples travel agencies, restaurant owners who had to greatly reduce capacity, and retailers who had to limit the number of shoppers in their stores.

“This will likely cover most small business borrowers because of all the business restrictions placed on them at the beginning of the health crisis,” she said.

Wade reminded attendees that the SBA will be subtracting borrowers’ EIDL advances or grants from their total loan forgiveness amount, and that Congress has still not decided whether or not PPP loans under $150,000 will be granted auto-forgiveness.

“That is likely why many lenders are not opening up the portal to accept forgiveness applications yet,” she said. Once the SBA portal opens, lenders are expected to follow suit.

Even though the PPP application window has been closed since August 8, Wade said the program still has approximately $130 billion worth of funding left in it that could be made available for businesses struggling through the coronavirus’ renewed attack on the U.S.

“We are strongly encouraging Congress to allow small business owners in that population to take out a second PPP loan,” she said.