What’s next for the Paycheck Protection Program? 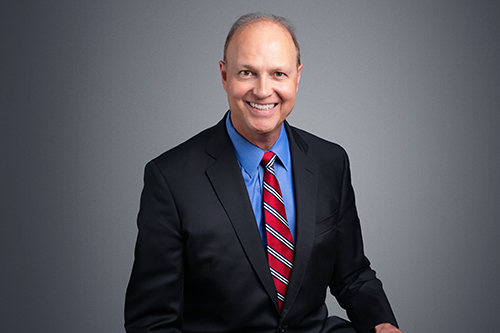 Commercial real estate developers in California are unified in their pessimism when looking forward to the next three years. As the economy continues to feel the burn from the COVID-19 pandemic, the Allen Matkins/UCLA Anderson Forecast California CRE survey found an overall drop in sentiment for developers across the commercial real estate space into 2023. The forecast is done biannually, using a three-year time horizon was chosen to approximate the average time a new commercial project requires for completion, and looks at each sector: office, retail, industrial and multifamily.

Uncertainty plays a huge role in predictions when it comes to office space in particular. Survey results came back similar to those received on the same survey in December 2008 in the wake of the Great Recession. Panelists’ sentiments were quite gloomy, with developers expecting rising vacancy rates and downward pressure on rents over the next three years, likely leading to a continued decrease in office construction. Half of the Bay Area and Southern California panelist say their plans for the next 12 months are unaffected by the pandemic, while one-third say they are pulling back by more than 15%.

According to the survey report, the experience of working from home will allow firms to demand less office space, but that doesn’t come without sacrificing corporate culture, on-the-job training, and a true understanding of a new hire’s work ethic.

Unsurprisingly, the retail sector saw the most pessimism, with the current recession tripling down on the struggles the sector was already facing before the pandemic. Panelists in the Bay Area and Southern California believe retail properties will generate significantly lower, if any, returns in 2023 compared to present times. Two-thirds saying they will not develop new retail properties in the next year, which is expected to lead to plummeting property values. The negative outlook comes down to loss of household income and shelter-in-place policies reducing demand and the increased comfort with online shopping.

“There will be economic carnage; when big events like this happen, it washes over the landscape like a tidal wave and even some good economic decisions become a casualty, but then things kind of resettle and we will get back to our base patterns,” said John Tipton, partner, real estate development at Allen Matkins.

Trends like the repurposing of retail for last mile distribution and warehousing centers are expected to accelerate. Tipton says this doesn’t mean the absence of opportunity, nor the death of retail.

39% of Bay Area panelists began new retail development or re-development projects in the last year and 34% expect at least one new project this year. Numbers were similar in Southern California as well.

Considering the increase in online shopping, industrial demand faces a less severe outlook compared to other sectors, however sentiment among developers still dropped in all markets except the East Bay area. While there is overall pessimism compared to the past few years, there is still no expectation of excess supply.

“60% of the panelists in Southern California and 43% in Northern California are planning at least one new development in the next 12 months, and 39% and 29% are planning multiple projects, respectively. When one considers that this is in the middle of a recession with a great deal of overall economic uncertainty, these numbers are quite telling,” said the report.

Increased household savings, a recession and the continued trade war in China is causing near-term downward pressure on rental and occupancy rates, but the report states that rather than industrial space markets becoming depressed, it means they will just be less imbalanced as in recent years.

“As the economy grows, the demand for housing in the Bay Area and Southern California will grow alongside it.”

A dip in rental and occupancy rates hasn’t seemed to affect the rate of activity by developers, and it’s likely the market for multifamily housing will remain robust. Even though the sentiment lines up with other sectors in terms, most have stated the pandemic has not changed their plans for future activity or increased it.

Tipton told MPA that he expects people will still be drawn to come to the Golden State, especially considering the new priorities for living spaces.

“The big question is around population growth, and with the weather we have in California and more interest in outdoor space and accessibility, people will continue to want to live here. That’s good long-term for multifamily especially.”