Be the ultimate matchmaker 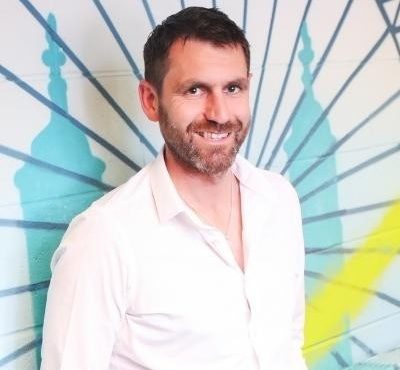 Matthew Rowne (pictured) founded The Buy to Let Broker (BTLB) in 2013 with business partner and fellow director Matt Hardman after more than two decades working in the mortgage industry.

Rowne’s shift to the buy-to-let sector was prompted by the realisation that his firm, at the time, was not a scalable business, as it dealt with limited loan amounts.

By contrast, BTLB’s high net worth clients are invariably company owners with eight to 12 properties to let, and around £1.5 million-£2 million of debt.

The firm has since become a specialist in the field, according to Rowne, due to the complexity of the business model – the result of a host of legislative changes introduced over recent years, which have impacted heavily on landlords, including the scrapping of tax relief on mortgage interest payments almost two years ago.

“We just wanted to make sure that we were as knowledgeable we could be in that sphere, and we’ve continued to steal market share,” Rowne said.

The firm’s products include bridging, finance, commercial development and residential mortgages, although the latter, clearly, is not BTLB’s core business.

One of the biggest challenges facing Rowne’s company will be to ensure landlord’s properties comply with EPC scores in line with the Government’s intended target of raising the certification rating to a ‘C’ by 2025.

According to Rowne, there are an estimated 3.2 million properties in the PRS (Private Rented Sector) that would currently fail to reach the required band,

and given that it costs £10,000 to install a heat pump per household, the scale of the task becomes clearer.

A 2020 study conducted by German technology company Tado concluded that UK homes were losing heat up to three times faster than European properties, partly due to the fact that 38% of the UK’s housing stock was built before 1946.

And more recently, the Royal Institute of British Architects (RIBA) raised the issue of England’s 3.3m interwar homes, calling for policies to incentivise private owners, who reportedly own more than 70% of these properties, to fund the installation of insulation, double or triple-glazing and replace old gas boilers, which the professional body estimated could cost £38 billion.

Rowne agreed on the importance of having a more eco-friendly industry and that lenders should be encouraged to play an active role “if they wished to”.

He said: “It’s important we educate the client in the advice process about what needs to be done. Many of our clients are already aware of that, but it’s also important that we continue to raise awareness about the difference in finance costs.

“I’m not saying it’s lenders’ responsibility, but I think they have a huge part to play from a lending point of view, as the properties won’t be terrible if they fall outside the guidelines. We’re already seeing at the top of the sourcing systems that an awful lot of folks are EPC ‘C’ and above.”

However, he added that if the government wanted to get close to hitting its targets, the mortgage industry “would have to have to innovate more”.

Rowne flagged up the added burden borrowers will soon be facing with the increase in taxes and energy bills, as well as the repayment of bounce back loans.

“At some point, the government’s going to have to recuperate that. You’ve got rising energy prices, you’ve got inflation, and then you’ve got the government saying the properties have to be this standard,” he said. “It’s a huge challenge.”

Now that the country appears to be emerging from the pandemic and with all COVID restrictions set to end before the end of the month, Rowne was asked about the availability of properties for conversion and how this would help with stock.

“We’ve already seen a lot more conversions from commercial to residential and change of use,” he said. “Going forward, one of the things that we’ll have to consider is at least a hybrid working environment, if nothing else, so people can work from home – some businesses will probably choose to completely work from home to remove costs.”

Having followed in his father’s footsteps as a mortgage broker, Rowne said relationships in the buy-to-let field were stronger because he regularly met with clients, up to five times a year.

“Talking about relationships that transcend business, the relationship we have with our clients is huge,” he said. “It’s a big part of what we do. And it’s where the job satisfaction comes from. And you see clients from when they’re buying that first buy-to-let to becoming successful with a lot of satisfaction.”