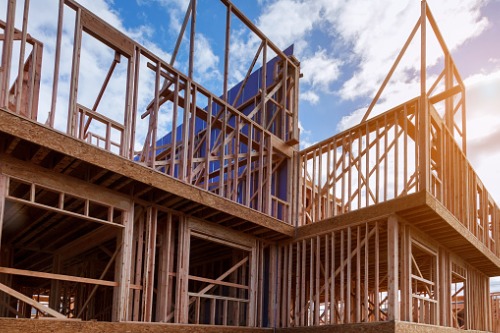 Despite lumber prices going through the roof, builder confidence in the market for newly-built single-family homes reached a new record high this month, according to the National Association of Home Builders.

In August, NAHB/Wells Fargo Housing Market Index (HMI) reached 78, the highest reading in the 35-year history of the series, matching the record set in December 1998. Homebuilder optimism in September surpassed that by five points – soaring to an all-time high of 83.

However, rising costs for materials, especially lumber, and delivery delays have remained a cause of concern among builders.

“Lumber prices are now up more than 170% since mid-April, adding more than $16,000 to the price of a typical new single-family home,” said NAHB Chief Economist Robert Dietz. “That said, the suburban shift for home building is keeping builders busy, supported on the demand side by low-interest rates. In another sign of this growing trend, builders in other parts of the country have reported receiving calls from customers in high-density markets asking about relocating.”

All HMI indices posted their highest readings ever in September. The HMI measuring current sales conditions increased four points to 88, the component gauging sales expectations in the next six months rose six points to 84, and the measure charting traffic of prospective buyers jumped nine points to 73.

Regionally, the Northeast experienced an 11-point gain to 76, the Midwest was up nine points to 72, the South climbed eight points to 79, and the West increased seven points to 85.

“More domestic lumber production or tariff relief is needed to avoid a slowdown in the market in the coming months,” said NAHB Chairman Chuck Fowke.