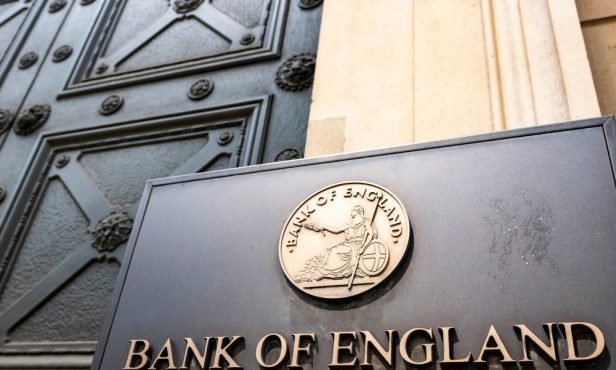 The Bank of England’s (BoE) Monetary Policy Committee (MPC) has elected to increase interest rates from 0.1% to 0.25%.

The Monetary Policy Committee voted eight to one to up the rate following increased pressure from the International Monetary Fund (IMF).

UK inflation rose to its highest level in more than a decade last month, up to 5.1%, according to the Office for National Statistics (ONS).

The rise to 0.25% represents the second lowest the bank has ever set the rate.

David Whittaker, chief executive of Keystone Property Finance, said: “The Bank of England has been walking a tightrope for months, trying to simultaneously encourage the economic recovery while keeping a watchful eye on inflation.

“However, with price rises hitting a 10-year high this month, clearly the Bank’s rate-setting Monetary Policy Committee felt it had no choice but to act in order to avoid inflation becoming imbedded.

“While a December rate rise might feel as though it goes against the spirit of Christmas, we must remember that today’s increase will have little immediate effect on borrowers.

“Yes, those on tracker rates will see their monthly repayments rise a little, but the vast majority of borrowers on fixed-rate mortgages will feel no effect for the time being.

“Longer-term, however, the bank’s decision to increase rates might have a knock-on effect for gilts and therefore swap rates, which could result fixed-rate mortgages becoming more expensive as we move cautiously into 2022.”

John Phillips, national operations director at Just Mortgages, added: “Although a slight surprise that it has happened this side of Christmas, an interest rate rise was inevitable.

“With the cost-of-living surging by 5.1% and concerns around the Omicron variant, the Bank of England had to act.

“However, rates have only risen to 0.25% and the mortgage market shouldn’t be massively impacted in the short term.

“While rates on most products will rise, the amount repaid per month is unlikely to drastically increase to the point borrowers can longer afford the mortgage.

“Competition between lenders will keep rates relatively low, and this is unlikely to curb the rampant demand for houses.”

John Goodall, chief executive of Landbay, said: “A 15 basis point rise in base rate is not big increase and won’t have that much effect on people’s lives.

“Mortgage rates are still at very low levels although some have risen more recently.

“Many borrowers are on fixed rate mortgages so they will see no difference to their monthly repayments and the impact on savings rates will be minimal too.

“What this rise does signal is that rates have bottomed out and we are starting to see a gradual move upwards to what might be considered a more normal interest rate scenario.

“A base rate of 0.1% has always been an unprecedented, historical low, even 0.25% can be described in the same way.

“We have seen swap rates rising recently and they provide an indication of what the market will be anticipating in the future.

“Considering where swap rates are now the market is expecting two to three more rises over the next year or so.”