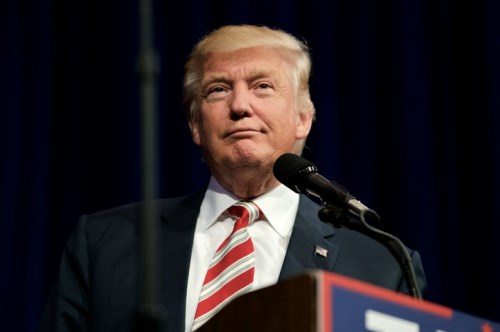 In a Tuesday tweet storm, President Donald Trump said he instructed Republicans to break off negotiations with their Democrat counterparts on a new round of COVID-19 financial stimulus.

“I have instructed my representatives to stop negotiating until after the election when, immediately after I win, we will pass a major Stimulus Bill that focuses on hardworking Americans and Small Business,” Trump tweeted, adding that he had told Senate Majority Leader Mitch McConnell to instead prioritize the confirmation of his “outstanding nominee to the United States Supreme Court, Amy Coney Barrett.”

While Trump’s crusade to pack the Supreme Court with religious conservatives is sure to resonate with a vocal minority of the country, it does little to help America’s small business owners and commercial real estate occupants, some of whom, according to new data from the National Federation of Small Business, remain in dire need of assistance.

Yesterday, the NFIB released the results of its latest survey around COVID-19’s ongoing drag on small business. Citing the more than six months of income disruption and uncertainty business owners have had to contend with, Holly Wade, executive director of the NFIB’s Research Center, said many businesses, even those that secured Paycheck Protection Program loans, are still struggling to stay alive.

“Owners are trying to reduce costs and adjust business operations to keep their doors open, but for many, that’s not enough,” Wade said in a press release. “Small businesses are in danger of closing for good if they don’t get additional financial assistance.”

The survey found that a whopping 86 percent of PPP loan recipients have already spent their entire loan amounts. Even though approximately $500 billion in PPP funds have been distributed to businesses, 22 percent of borrowers still anticipate needing to lay off employees in the next six months, while 49 percent anticipate needing additional financial support over the course of the next year. Both figures were largely unchanged compared to the previous month’s survey, an indication that the situation faced by many small businesses is not improving.

“The percent of small business owners most negatively impacted by the health crisis has remained about the same over the last few months,” the report reads.

Rebounding from the depths of the COVID-19 crisis has been an uneven process for the small business community, but sales are recovering. Twenty-one percent of survey respondents said their sales levels are still 50 percent or less than what they were before the pandemic. A further 28 percent said they had regained 50 to 74 percent of their pre-COVID-19 sales, while 54 percent said sales had reached at least 75 percent of their pre-pandemic levels.

Small businesses have fortunately been able to work with their landlords and renters on creating payment plans that work for both parties. Of the 79 percent of owners who pay rent or a mortgage on a business-related property, only 21 percent reported asking their lender or landlord about deferring their payments, with 65 percent of them being allowed some form of deferral option.

The NFIB conducted its survey of 20,000 members between September 28 and 30, roughly a week before Trump pulled the plug on COVID-19 aid negotiations. While it’s impossible to predict how the president’s announcement would have impacted the survey had it been made earlier, the results as they stand were stark enough for Wade and the NFIB to “urge Congress and the Administration to agree on legislation that would aid the small business economy and allow small businesses to stay open and move forward.”