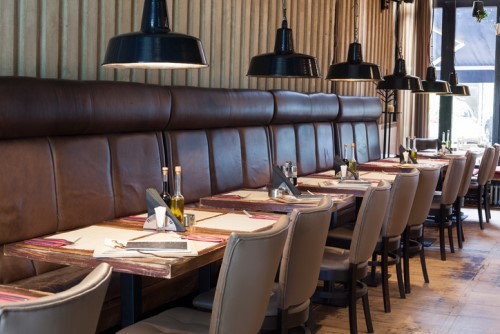 Of all the commercial real estate disruption caused by COVID-19, the negative impact rippling through the restaurant sector may be the most distressing. Nearly three million restaurant employees are still out of work. The industry is on track to lose $240 billion dollars in 2020. And, according to survey results released last week by the National Restaurant Association, almost 100,000 restaurants will close, either long-term or permanently, this year.

The NRA’s survey also found that 40 percent of restaurant operators think it unlikely that their businesses will still be in operation six months from now if the federal government fails to provide them additional relief funds. On September 14, the Association sent a letter to congressional leaders urging them to take immediate action to keep the nation’s restaurants alive as the lingering COVID-19 epidemic prevents them from operating at anything close to normal capacity.

“As fall and winter approach, restaurants that are still open will face even greater challenges as customer traffic declines,” the letter states. “We simply cannot wait for the perfect solution from Congress – particularly in the final month before you return to your home states. The time for action – in any form – is now.”

One potential solution awaiting congressional action is the – take a deep breath – Real Economic Support That Acknowledges Unique Restaurant Assistance Needed to Survive (RESTAURANTS) Act introduced in the House of Representatives in June. The legislative gridlock on display in D.C. has prevented the bill from progressing in the three months since its introduction.

The RESTAURANTS Act would staunch some of the bleeding. If passed, it would provide $120 billion in grants to struggling restaurants that are not publicly traded or part of a chain of more than 20 locations. The first 14 days of funding would only be available for restaurants with annual revenues of $1.5 million or less, prioritizing assistance to the country’s most vulnerable establishments.

The Act was co-sponsored by U.S. Representative Jim McGovern, who called on Senate Majority Leader Mitch McConnell to “get off his ass and take something up that is important” to Americans.

“If they don’t get the support, we’re at risk of having many of our restaurants close,” McGovern said on September 18. “If we don’t step up to the plate, when this pandemic is over with, they may not be here anymore.”

Yesterday, McGovern and the country’s embattled restauranteurs both received some much-needed good news around the fate of the RESTAURANTS Act when U.S. Rep. Earl Blumenauer announced that the Act now has 200 bipartisan House co-sponsors and 40 co-sponsors in the Senate.

“I’m encouraged by the continued bipartisan support we are seeing in Congress, but time is running out,” Blumenauer said. “With winter coming, independent restaurants that are holding on by a thread will face even greater challenges to survive. On behalf of these small businesses, workers, and the communities they call home, Congress must take immediate action to save our beloved local dining establishments.”