As government subsidies dry up, 23 million Americans could face eviction by September

Mortgagors spent 18% of household income on mortgages in 2018-19 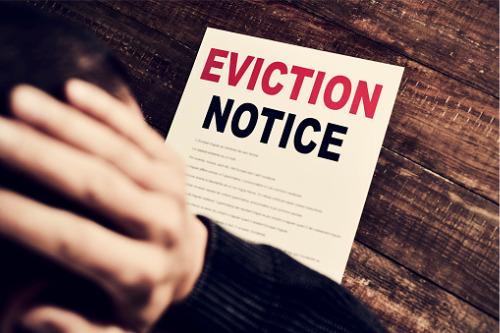 A recent report by the Aspen Institute estimates that if 30 percent of American renters remain unemployed in September, as many as 23 million of them could face eviction. As COVID-19 rages on – the country set a new record with over 60,000 new cases reported on Tuesday –millions of unemployed, laid-off and furloughed renters who hoped to be back to work by July or August will be forced to rely on either a new round of government stimulus or extended eviction bans to keep them in place.

The good news, if there is any, is that states with eviction bans in place have proved willing to extend them, some until their emergency declarations come to an end but most on a month-by-month basis. Also positive is the growing consensus in Washington, D.C. that a second stimulus check may be necessary to get Americans through the next few weeks of recession. On July 1, Donald Trump expressed support for the idea.

The bad news is somewhat more persuasive. 20 states have ended their moratoriums on evictions and foreclosures. Seven never issued such moratoriums at the state or local level. Expanded Unemployment Insurance benefits are set to expire on July 31, which will instantly leave approximately 20 million recipients $600 poorer every week. That could be catastrophic for anyone still unemployed at month’s end, and there are bound to be millions who fall into that category. The Department of Labor reported that unemployment dropped to 11.1 percent in June – if the numbers are to be believed – but many of the gains were seen in hospitality and leisure, two sectors that will get re-hammered if states are forced to close down restaurants and bars again.

Sharing data from the Colorado-based COVID-19 Eviction Defense Project (CEDP), the report lays out three potential scenarios based on the level of renter unemployment.

The sunniest of the three involves unemployment of 20 percent among renters. In this case, 15.3 million renters will be at risk of eviction by September. By December, that number falls only slightly to 14.8 million. If 25 percent of renters are out of work two months from now, 19.1 million could be forced to leave their homes, with 17.3 million facing eviction by December. If 30 percent of renters are unemployed when September rolls around, CEDP estimates 22.9 million could be at risk of being evicted.

Based on data around renter household income, savings and cost burdens, as well as the impact of stimulus funds, CEDP’s model could prove to be distressingly accurate.

The Aspen Institute explains that the median income of American renters was only $40,500 in 2018, and that over 40 percent of renters were cost-burdened even before COVID-19 arrived. One in four was spending over half their income on housing. These people have no breathing room to work with.

“This level of insecurity has been building for decades,” the report says.

To prevent a wave of evictions, the Institute is calling for further government action in the form of extended eviction moratoria built around specific economic targets like a state’s unemployment rate as well as the continuation of short-term emergency rental assistance programs at the state, local and federal levels. The National Low Income Housing Coalition says a federally-funded renter assistance program would require at least $100 billion. The national Multifamily Housing Council and the National Apartment Association put that figure at $144 billion.

“That wave [of evictions] has already begun,” NLIHC president and chief executive Diane Yentel told the Washington Post. “We are trying to prevent it from becoming a tsunami.”

According to Michael Franco, CEO of SitusAMC, the $1 trillion HEROES Act passed by the House is unlikely to receive approval from the Senate. But he feels as much as $250 million could be earmarked for state and local government aid in the next stimulus package.

Without another stiff shot of financial aid, however, states will be hard-pressed to deliver any kind of assistance.

“The ability of state and local governments to ‘float’ tenants and landlords is in serious question,” Franco says. “Many states are already seeking federal funding to fix budget deficits.”