As COVID-19 rages on (again), restaurant closings and bankruptcies are piling up

You Can Still Refinance Your Mortgage with Bad Credit 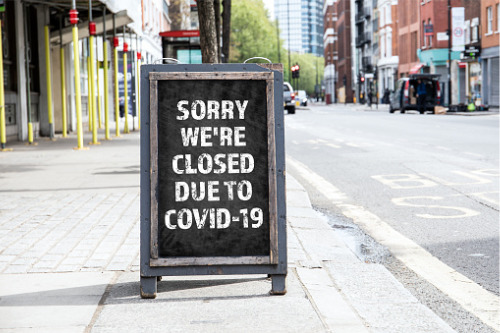 With COVID-19 infections, hospitalizations and deaths spiking across the U.S., the long-awaited return to regular operations by America’s restaurants seems as distant a possibility today as it did in April.

Since the beginning of the pandemic, eight restaurant chains or franchise operators have already gone bankrupt, with the failing businesses growing more and more recognizable with each falling domino.

In April, FoodFirst Global Restaurants, owner of the Bravo and Brio chains, and Toojay’s both filed for Chapter 11, followed in May by Bamboo, Souplantation (which filed for Chapter 7) and Pain Quotidien. Chuck E. Cheese, Fig & Olive and NPC, which operates Pizza Hut and Wendy’s, all went bust between June 25 and July 3.

Between Chuck E. Cheese and NPC, that’s over 2,100 locations whose futures are now anyone’s guess.

The restaurant industry’s current predicament could be compared to that of retail. Both sectors are bearing the brunt of rapidly changing consumer tastes and behaviors. Supermarket shelves are brimming with healthy, ready-to-cook options, and virtually every restaurant provides delivery options. COVID-19’s emptying of restaurants will only hasten their demise.

Restaurant owners and trade groups are now calling on the federal government to bail the industry out. After already providing trillions of dollars in COVID-19 stimulus, including both the Paycheck Protection Program and Main Street Lending Program, that could be a tough sell to legislators.

On July 15, the National Restaurant Association, which estimates that 100,000 restaurants have been shuttered during the past two weeks of COVID-19 flare-ups, sent a letter to both the House and Senate calling for targeted aid for the country’s restauranteurs. The group provided a “Blueprint for Restaurant Revival”, in which it calls for the passing of the $120 billion Restaurants Act and for expenses covered by PPP loans to be tax-deductible.

“As you work toward bipartisan agreement on a fourth coronavirus response bill, we offer a simple message: current federal recovery mechanisms are not enough to sustain the nation’s second-largest private sector employer,” the group’s letter read.

With the Senate back in session today, the debate over the next round of COVID-19 stimulus will surely touch on the plight of the nation’s restaurants. A glimmer of hope arrived Friday, in remarks made by Treasury Secretary Steven Mnuchin during a House hearing about what Washington’s next aid package may look like.

“A next phase of relief should extend the PPP, but on a more targeted basis for smaller companies and those that are especially hard hit, such as restaurants, hotels and other travel and hospitality businesses,” Mnuchin said.