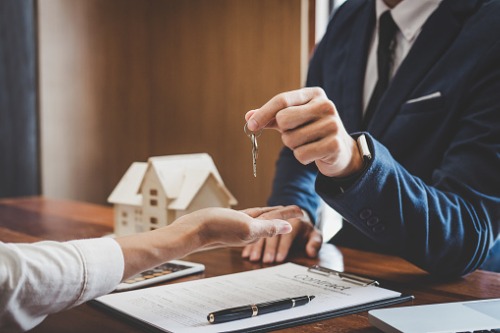 In a new report, the Consumer Federation of America questions the hidden cost of one of the real estate industry’s longest-running practices: referrals. In “Real Estate Referral Fees: Do They Harm Consumers?”, CFA senior fellow Stephen Brobeck addresses the issue of referral fees from multiple angles and finds the refer-for-pay regime a potentially problematic one for American consumers.

With referral fees being so deeply ingrained in America’s real estate paradigm, one would think their approval is widespread. But in the course of his research, Brobeck found several agents with negative views of referral fees and their potential for harming consumers.

“Referral fees are also territory for abuse…Referring agents can become middlemen that come between middlemen without adding value,” said one agent quoted in the report, while another called the practice “a bit despicable at times” and referred to referral agents as “parasites.” One critic, a real estate broker and attorney, is quoted as saying “secret referral fees” result in Realtors “stealing billions of dollars from consumers.”

At issue is the impact referral fees have on consumers by driving up costs for their Realtors. The standard referral fee is estimated to be approximately 25 percent of an agent’s commission split, but can reach as high as 50 percent. While buyers and sellers won’t be asked to pay more than the industry standard six percent commission to offset their agent’s referral costs, if the agent knows he will only be earning a fraction of his commission on a sale, he may be unwilling to negotiate or reduce its size. Agents paying high referral fees may also be tempted to cut corners at other junctions of the transaction, reducing their marketing efforts or cutting back on the time made available for showing clients prospective properties.

With the U.S. real estate landscape as competitive as it is – Brobeck says there are 1.5 million realtors competing for about 4.5 million sales every year – referrals are only growing more valuable. Some agents (and no shortage of referral agencies) have taken to selling their referrals to the highest bidder, which creates “reverse competition” and drives those fees even higher, intensifying concerns around how the costs impact Realtor behavior.

“To be fair, this is not a practice that most agents would ever engage in,” Brobeck said in response to a reporter’s question during a teleconference following the report’s release on Monday morning. “It would be a very small group. But nevertheless, it appears to exist.”

The act of auctioning off referrals carries with it predictable results: a high percentage of worthless referrals.

The CFA tested the efficacy of referrals that come from referral agencies, including industry heavyweights like HomeLight and Clever in Portland, ME; Gainesville, FL,; Midland, TX; and Spokane, WA; to see which referral agencies advertised their services. After receiving the names of 100 agents in the four areas through Google searches, the CFA checked Zillow’s Agent Finder to see if each agent actually sells in the area in question and, if so, how many sales and customer reviews they have received in the past year. Thirty-eight percent of all referrals were for relatively inactive or unsuccessful agents who had completed one sale or less in the previous year, or for agents who practice in the wrong geographic location.

“All these agents were highly unlikely to be ‘top agents,’” Brobeck said during the teleconference.

The questionable value and shadowy nature of the paid referral system has resulted in its ban from the medical profession (the American Medical Association refers to referral fees as “unethical”), while the American Bar Association prohibits lawyers from paying for referrals unless the fee is reasonable, proportionate to the services performed, and agreed to in writing by the client. The disclosure of fees also applies to accountants and investment professionals practicing in the U.S.

The National Association of Realtors, however, permits referral fees between agents and brokers without requiring disclosure to clients. As that position is unlikely to change, the CFA advises consumers to be aware of the referral fee system and be “especially wary” of using referral agencies, which may point them in the direction of unsuccessful or inexperienced agents.

Buyers in competitive markets may feel they don’t have the time to do so, but Brobeck encourages them to do their due diligence when finding an agent.

“They can then interview several of these agents,” he writes, “asking a range of questions about representation, commission, and quality of service.”