Can I Buy a House with $0 Down Using a USDA Rural Development Loan? 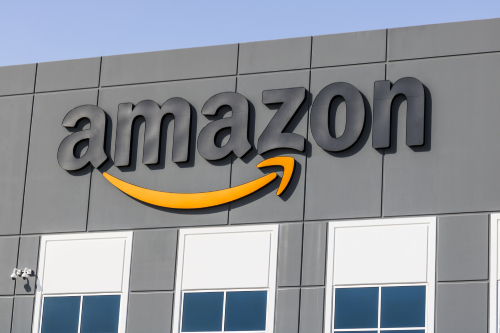 On September 16, Bloomberg reported that online retail behemoth Amazon has plans to open as many as 1,500 delivery hubs in American cities and suburbs.

The move marks a sharp turn in strategy for Amazon, whose warehouses have typically existed on the outskirts of exurban areas. But now that Walmart and Target are offering same-day delivery from their urban and suburban locations, Amazon’s once revolutionary two-day delivery guarantee has the company trailing its two distinctly uncool competitors.

While the new facilities are intended to allow the company to faster deliver its products to consumers, there is another group it may benefit even more: the owners of suburban plazas and strip malls that have experienced a steepening decline in the number of anchor tenants, foot traffic, and rents since the beginning of the COVID-19 pandemic.

Colin Johnston, president of research for Altus Group’s valuation and advisory division, says the conversion of dying suburban malls into distribution centers is a trend that’s already well underway. Since 2016, more than 25 malls in the U.S. have already undergone similar transformations.

“You’d probably have to have it rezoned, and that might not be as easy as you would think, but it’s very good for a company like Amazon,” Johnston says of converting suburban malls to industrial use. “It’s close to highways and it’s close to a population, which is great for last-mile fulfillment.”

Other hurdles exist beyond rezoning. Empty two-storey department stores, like a deserted J.C. Penney, may lack sufficient loading capabilities and pose major renovation challenges. Existing tenants may fight against the arrival of a delivery space that further lessens the shopping experience.

“It’s more likely that dead malls will be bulldozed to make way for an Amazon warehouse, as they have in the Midwest, than for an Amazon delivery station to sprout in a half-vacant mall to coexist with Kay Jewelers and Cinnabon,” wrote Bloomberg’s Spencer Soper.

The prospect of selling a mall property as a tear-down may not be most commercial real estate owners’ idea of a prime exit strategy, but with demand for retail space in B-class suburban malls at an all-time low, it may be the best option many of them have left.

Amazon has not commented on the plan reported by Bloomberg, but a September 14 press release announcing the hiring of 100,000 new employees in the U.S. and Canada certainly implies a need for space. In the release, Dave Clark, the company’s senior vice president of worldwide operations, said Amazon opened 100 new buildings in September alone, including “new fulfillment and sortation centers, delivery stations and other sites.”