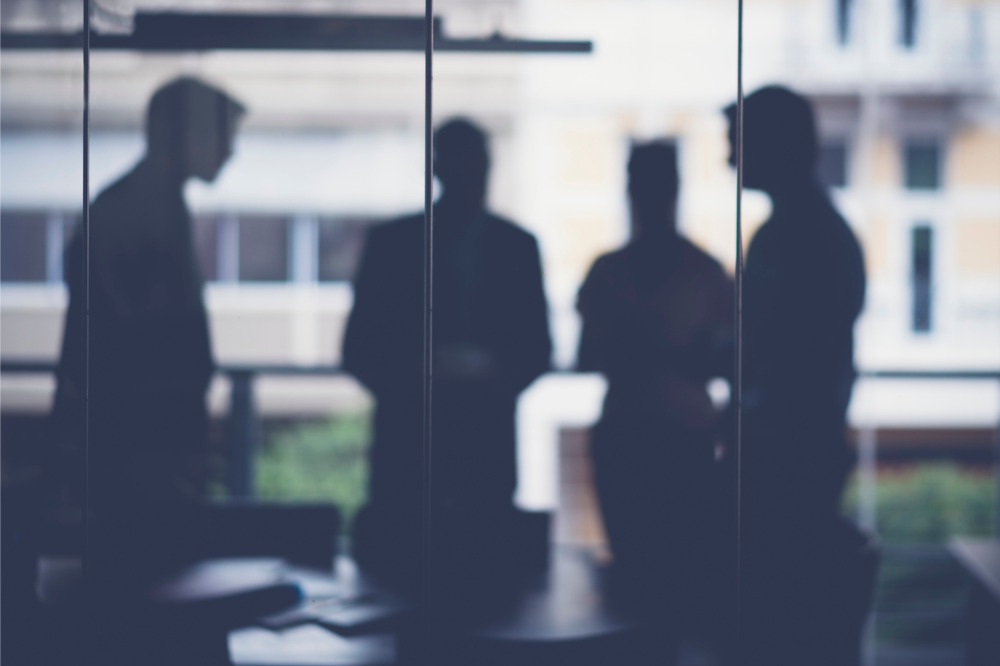 “Austin, great to see you’re having a great time. Love to meet your wife. It’s amazing that that’s the girl that sucked Ishbia’s dick in college. I’m proud of you, brother. Way to marry up.”

Readers may be wondering if they just read the body of a text sent by one worthless frat bro to another. Sadly, no. Those were the words uttered by the CEO of the Association of Independent Mortgage Experts, Anthony Casa, in reference to Theresa Niemiec, wife of Quicken Loans’ executive vice president Austin Niemiec. They aren’t sentiments buried in an old tweet the sender could try to hide behind, either. He made them on July 2 – on video – and sent them out to multiple individuals, including Niemiec’s husband and Paramount Residential Mortgage Group Chief Kevin Peranio.

“Classy my friend,” Casa continues in a second video, according to a filing made in Michigan’s Oakland County circuit court on Friday. “I’m ready to f—k you up. Guess what, I got one more surprise for you, one big one. It’s a really, really big one. And it’s not [Quicken COO] Bob Walters’ Dick in your mouth. It’s me f—king you up in the fourth quarter. I’m coming mother—ker.”

Why Casa made the bafflingly stupid comments and broadcast them to anyone is a question he, his associates and family members will be asking for some time, but according to Niemiec’s attorney, it’s an example of the “defamatory campaigns” Casa has been waging against Quicken Loans for years as a way of acquiring a portion of the lending giant’s market share.

“Casa and his affilites’ [sic] key objective is to injure Quicken Loans’ business activities in wholesale lending, because Casa and his comrades fear the competition from QLMS [Quicken] and anything that is detrimental to Quicken Loans’ wholesale lending business is viewed by Casa as beneficial to himself, Ishbia, UWM and AIME,” reads the filing, alluding to Casa’s ongoing relationships with United Wholesale Mortgage and its CEO Mat Ishbia. UMW has been one of AIME’s primary sponsors since its inception.

“Specifically, and without limitation, in the Defamatory Video Clips and Text Messages, Casa falsely attributes sexual acts supposedly performed by Mrs. Niemiec involving Ishbia and falsely portrays Mrs. Niemiec as promiscuous and having a lack of chastity and faithfulness,” the filing insists.

After filming himself, Casa sent the videos to PRMG’s Peranio and Ramon Walker, owner of Mount Diablo Lending. Peranio and Walker responded, as mature, responsible men should, by filming their own reaction videos. In Peranio’s video, he laughs hard enough that he spits out his drink; not a great look for a member of the National Association of Minority Mortgage Bankers of America, a group known for supporting minorities and women in the lending industry.

Walker’s reaction lacks the irony, but more than makes up for it with raw, unflinching duh.

“That has to be the funniest text train I think I’ve ever seen,” he said in his video. “This mother—ker Casa says, ‘Beautiful house, beautiful wife, she sucked Ish’s dick.’ [laughs] I dropped my fu—ing phone. You are a fool. That is awesome, so awesome. I gotta toast. I gotta 1942 toast to this shit. You mother—kers are amazing. I love you guys.”

According to the court filing, the reaction videos themselves were sent to “various friends, acquaintances and family members of Mrs. Niemiec” in an attempt to embarrass and shame the woman, who Casa has never personally met.

On July 6, Niemiec’s counsel demanded a retraction from Casa, who refused to comply. His response, instead, was to fire off a text message to Niemiec’s husband on July 7, one described in the filing as “antagonistic, threatening, mocking and sarcastic.”

“Good Morning Little Buddy,” the text begins. “I saw the letter from your attorney. I’m really sorry that I hurt your feelings! Give everyone my best! Can’t wait to see you soon [winking emoji]”

Casa then went on to harass Niemiec’s husband on July 8, sending a text that included a combination of peach and eggplant emojis.

Casa’s tune changed over the weekend – amazing how being sued can make people see the error of their ways – when he released an apology video on Facebook, the platform known the world over for its dedication to sincerity and truthfulness.

Casa’s apology is tragic. Twenty seconds in and he’s already trying to justify what he did.

“As everybody that knows me, and as everybody that is part of this community knows, I am a passionate person,” he says in the video. “I’m extremely committed and competitive when it comes to the broker movement. At times, I find myself being a little bit too vested, but that’s part of who I am. I’m from New Jersey. I’m vocal, I’m competitive, I’m gritty, and I’m willing to fight for what I believe in and what I care about and the people I care about.”

What a hero. If only we all had someone “gritty” and “vested” enough in our well-being that he’s willing to humiliate a complete stranger for us. AIME’s members should be proud.

Casa then goes on to tell his side of the story – asserting that Niemiec’s husband egged him on – before saying he is sorry and peppering his apology with repeated references to AIME’s accomplishments.

Mortgage Professional America reached out to Quicken Loans, United Wholesale Mortgage, Casa and the National Organization of Women for comment. The only one to respond by press time was UWM.

“UWM is aware of and has reviewed the disturbing comments made by Mr. Casa and does not condone this type of behavior,” a company spokesperson said in a message to MPA. “The public apology put out by Mr. Casa to all parties named in this matter emphasizes his understanding and remorse for his actions.”

The spokesperson took issue with UWM’s involvement in the controversy, understandable considering the only connection between UWM and Casa’s comments was the occasional mention of its CEO’s name.

“We’ve also been made aware of the extraordinary lengths Quicken Loans has taken in a sophomoric attempt to drag UWMs name into this suit [none of the text messages or videos mention or involve UWM] in an effort to obtain market share, and harm UWM as well as the mortgage broker channel,” the statement concluded.

“We cannot let this derail what is a positive movement,” Casa says in his video. MPA can only assume he is referring to AIME and not #metoo.