After a landmark year, CIVIC president sees a bright future

What can you do when your client wants to refinance to buy a boat?

Tributes pour in for Benson Hersch 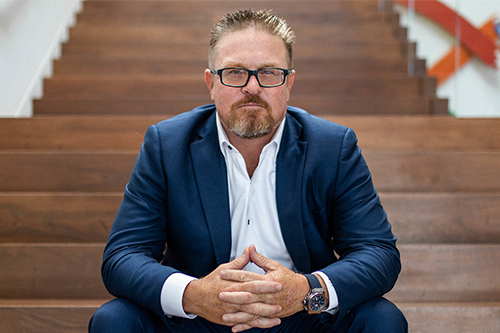 Earlier this week MPA reported that Civic Financial Services (CIVIC) announced it will surpass $1 billion in real estate financing this year after crossing the threshold of 10,000 funded loans since the private lending firm, focused on real estate investors, was founded in 2014. CIVIC president William Tessar (pictured) spoke with MPA about how his team managed to achieve these landmarks and what the outlook is for the sector going into 2021.

Tessar stressed that with these accomplishments, CIVIC has established itself as a force in its sector where many other firms have faltered. He believes that they are now here to stay and shared what states and housing markets he expects to remain attractive to investors going into 2021 and how originators can turn to private lending firms like his when rates rise and the refi boom ends.

“There is still a tremendous amount of dinged-up real estate out there,” Tessar said. “If you think about what happened in the financial crises, people owed more than the properties were worth…the last thing people wanted was to put more money in it. Now as these houses attempt to sell as owners have got their equity back over the past decade, it’s tough to get conventional financing on that real estate. This presents an opportunity for investors to come in using financing from firms like ours.”

These investors can then flip these houses for huge ROI, Tessar explained. He believes California remains a strong market, as well as Arizona, North Carolina, Nashville, Tennessee and Texas. He said recent memories of social unrest, as well as tax ramifications, are going to be felt more in markets next year, with investors flocking to the safest havens.

On the back of those strong markets, Tessar said his team has been able to grow its market share this year by keeping its doors open. CIVIC has enjoyed strong year-over-year growth since its inception and has built up a strong financial basis to operate on going forward. Tessar explained that when the pandemic initially hit, many of his competitors shut their doors or paused their lending, whereas CIVIC, conversely, retooled its products. Volume dropped, but by design, because the new products were being offered with interest rates and guardrails that would protect CIVIC if the market turned for the worse.

The market didn’t turn for the worse, though, and as things improved and the low rate environment sparked a housing boom, the firm was ready. It crossed $4 billion in total loans funded in late August of this year, crossed 10,000 properties in November, and Tessar expects they’ll land north of $1 billion in funded loans for the calendar year. He attributes much of that success to his team and the strong financial platform that let him keep it intact when other firms were laying people off.

Read more: Why has the $600 billion Main Street Lending Program been such a flop?

Now, he is expecting big things for his firm in 2021. He’s calling for a $1.5 billion year and is investing heavily in technology to streamline that process. His team is trying to expand its reach geographically and demographically and adding new products and reopening channels like multifamily that they had to pause during the pandemic.

It’s Tessar’s opinion that the real estate investor market should remain hottest in those states that did well this year. That said, he accepts that government policy and the Georgia senate runoffs will have some bearing on the year. Overall, however, he sees a return to “predictability” in 2021.

“Conventional originators have enjoyed historic low rates now for two and a half years, and produced record volume. But I think those companies need to retool and be prepared for an adjustment,” Tessar said. “I think that additionally presents some opportunities for our space because they’re going to need to augment that business with something else – and that something could be the business purpose loans, which puts us in a prime position.”