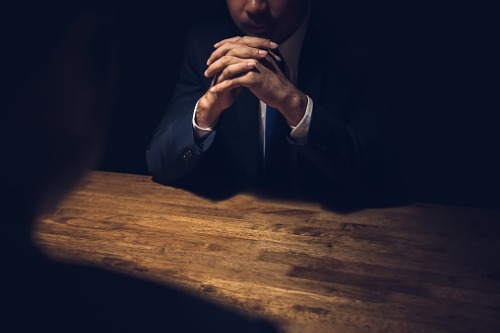 The Department of Justice has charged a dozen mortgage and real estate professionals in a sprawling mortgage fraud scheme that allegedly spanned more than four years and resulted in the approval of more than 100 mortgages based on fabricated documents and phony information.

Many of the fraudulent loans were insured by the Federal Housing Administration, resulting in claims being paid for mortgages that went through loan modification, the Justice Department said.

“These defendants allegedly used their knowledge of the real estate lending process to manipulate the system for their own benefit,” said US Attorney Byung J. “BJay” Pak.

“What we have here is a group of mortgage industry professionals that have allegedly perpetrated a sophisticated mortgage-fraud-for-profit scheme that was designed to enrich themselves at the expense of a federal housing program,” said Wyatt Achord, special agent in charge, Office of the Inspector General, Department of Housing and Urban Development.

According to the Justice Department, the defendants engaged in a multiyear scheme designed to rip off Fannie Mae and Freddie Mac. As part of the scam, homebuyers and real estate agents submitted fraudulent loan applications to induce lenders to fund mortgage. Listing agents Eric Hill and Robert Kelske represented a major nationwide homebuilder, and helped more than 100 homebuyers who were unqualified to obtain a mortgage, commit fraud, the Justice Department said.

Hill and Kelske then allegedly coordinated with document fabricators – including fellow defendants Fawziyyah Connor and Stephanie Hogan – who altered the homebuyers’ bank statements to inflate their assets and to create bank entries reflecting nonexistent direct deposits from an employer selected by the real estate agent. They also allegedly generated fake earnings statements to match the direct deposit entries and make it appear that the buyer was employed by, and earning income from, a fictional employer. Other scam participants acted as employment verifiers, responding to calls or emails from lender to falsely verify the buyers’ employment.

“Hill and Kelske coordinated the creation and submission of the false information so that the lies to the lenders were consistent,” the Justice Department said.

In another part of the same scam, real estate agents Anthony Richard and Cephus Chapman allegedly falsely claimed to represent buyers as their selling agents in order to receive commissions from the home sales.

“In reality, these real estate agents had never even met the homebuyers they claimed to represent,” the Justice Department said. When they received their commissions, Richard and Chapman allegedly kicked back a majority of the money to Hill or Kelske.

“Mortgage fraudsters threaten the soundness of the real estate market in our community,” Pak said. “We will investigate and charge anyone who takes advantage of our mortgage lending system for their own personal gain.”