Why are small- and mid-sized businesses not making use of the Main Street Lending Program?

Trepp: “serious challenges ahead” in CRE 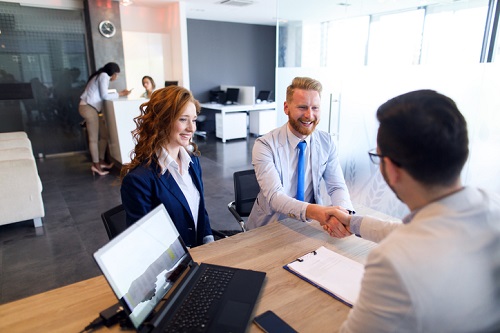 With the Paycheck Protection Program’s application deadline having been extended until August 8, the federal assistance plan, which has been keeping American businesses afloat during what is beginning to feel like a seemingly endless COVID-19 disaster, once again jumped to the top of most commercial lenders’ newsfeeds this week.

PPP is certainly worthy of discussion, but its prominence underscores the lack of traction being generated by another federal initiative with the goal of supporting small- to mid-sized businesses: the $600 billion Main Street Lending Program.

Unveiled in April, when panic over what a pandemic might do to the U.S. economy was reaching its apex, the MSLP was created to facilitate lending to businesses that were in stable financial shape before COVID-19. To be eligible, a U.S. business must have 15,000 employees or fewer or 2019 revenues of $5 billion or less.

Even though most businesses would be eligible for the program, the nation’s banks haven’t been willing to take part. According to Zillow, thousands of financial institutions are able to participate, but as of the beginning of July, only 300 had registered, with Bank of America being the only large commercial bank to take part.

The lack of enthusiasm on the part of America’s lenders could be tied to the fact that banks who take part in the program are required to retain a percentage of the loans they originate. With so many businesses facing an uncertain future, taking on additional risk could be a serious disincentive.

Michael Franco, CEO of SitusAMC, feels a larger stumbling block may be that lenders are gun-shy with regard to MSLP because of their exhausting experiences with its more successful counterpart.

“Lenders, after witnessing the frequent rule changes and politicization of the PPP lending process, should be concerned that the MSLP could follow a similar path,” he says.

Franco feels lenders may also be apprehensive about having the government involved in their business relationships during a loan workout process if a MSLP borrower is forced to default.

“When these risk factors are weighed against potential rewards, including both financial and patriotic drivers, institutions may decide to limit their participation, which will ultimately undermine the effectiveness of the MSLP,” he says.

Part of the Main Street Lending Program’s lack of success could also be due to its breadth and complexity. Rather than just providing funds to keep workers on the payroll, MSLP is more of a general life-support system that provides ongoing assistance. As such, there are more hoops for lenders and borrowers to jump through, and far more questions that need to be answered. The most recent FAQ provided by the Federal Reserve around the program is a 74-page PDF.

Franco wonders if MSLP borrowers are wary of taking part in another government assistance program after witnessing the blowback experienced by some PPP recipients once their names were made public.

“As business size increases so does the headline risk,” he says. “As a result, many of the larger businesses that the MSLP is targeting may believe the potential fallout and negative stigma of taking a ‘government bailout loan’ may not be worth the risk when compared to the alternate approach of working out capitalization and liquidity problems with existing equity and debt stakeholders.”

Despite the dearth of support for the program, Treasury Secretary Steven Mnuchin has said MSLP can still be effective – even if nobody uses it. Mnuchin’s view is that investors will take solace in the program’s very existence, if not its effects, and spend their money with the knowledge that MSLP is there as a potential backstop.

Franco isn’t so sure. It’s been almost four months since the Main Street Lending Program was announced. In that time, he says, MSLP has faced infrastructure challenges and ongoing disagreement over what loan terms should be offered. The program may also require businesses to rework private credit agreements to allow for any additional indebtedness that results from taking MSLP funds.

“I do not believe that the MSLP will end up being a meaningful program or an effective tool to improve investor confidence,” he says. “At this point, launching the program seems more aimed at reinforcing the credibility of the Federal Reserve and Treasury in following through on commitments than on providing funding for unmatched credit demand with workable terms.”

Franco’s suggestion for providing ongoing assistance for worthy small- and medium-sized businesses – without resorting to grants – involves a preferred equity concept similar to 2008’s Troubled Asset Relief Program, which rescued the nation’s banks following the 2007 financial meltdown. But he admits that such a program would be no easier to manage than MSLP.

“Rolling out a program like that would be exceptionally difficult to administer and oversee without introducing a significant fraud risk and operational cost,” he says.