What did we learn from yesterday’s Fed announcement?

Armalytix and Veriphy offer online check on source of funds

West One Buy to Let launches with Dynamo 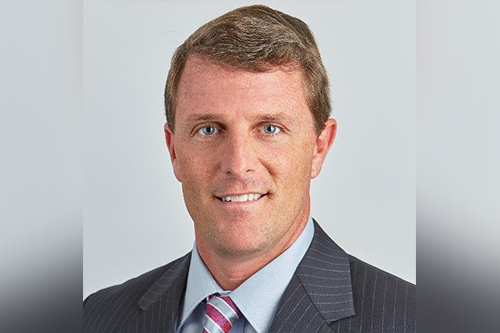 Yesterday’s Fed announcement confirmed what most analysts had predicted. Fed chair Jerome Powell declared, in the last meeting of 2020, that it will keep target rates between 0% and 0.25% and continue buying bonds and mortgage-backed securities at rates of $80 billion and $40 billion per month respectively. It means, in essence, that the low-rate environment, fiscal stimulus, and historic quantitative easing measures launched at the start of the pandemic should continue into the start of 2021.

But what does that mean for the mortgage industry? According to a number of expert observers, it should make for a strong purchase market going into 2021. The growth we have already seen in suburban and ex-urban counties should continue and fiscal support ought to help the recovery of urban cores hardest hit by the pandemic. Inflation targeting too, which the Fed confirmed it will let run somewhat, points to a likelihood that rate hikes and reductions in quantitative easing are unlikely in the first half of 2021 while the recovery is still underway.

“When we wrote papers in college we were taught ‘you tell them what you’re going to tell them, then tell them, then tell them what you just told them.’ That was kind of what we got from the Fed,” said Greg McBride (pictured), SVP and chief financial analyst at Bankrate.com. “Reiterating policy on bond purchases, in particular, how stimulative that is for the economy, and that it’s going to, you know, be in place for some time to come, as are the record low rates on the short end.”

McBride believes the Fed wants to keep long- and short-term rates low. What that will mean, he said, is a good outlook for the American purchase market heading into 2021. He added that the low-rate environment should keep up the volume of refinances in the market. Refinances, and the savings they provide, have a stimulating effect on the economy and McBride believes the Fed wants to see a sustained volume of Refis.

The announcement came with somewhat ambiguous wording around inflation, stating that the Fed would let inflation “moderately exceed 2% for some time.” In McBride’s view that means that even if the recovery gets the economy back on its feet again and inflation starts to rise, the Fed might not take serious actions to curtail it until the economy is around where it was pre-pandemic.

Ed Mermelstein, managing member at brokerage firm One and Only Realty, is looking at the overall economic picture with more pessimism. A specialist in luxury markets in New York and other major markets, he expressed gratitude for the continued fiscal support from the Fed for the markets he works in.

“There’s a lot of blood flowing in major markets, such as New York, San Francisco, Los Angeles and we get all the help we can get,” Mermelstein said. “The likelihood that rates won’t rise will hopefully mean major markets recover over the next year to year and a half, at least that’s the goal of what’s being pushed by the Fed.”

While urban centers may recover under this Fed policy, Mermelstein noted the rapid price increases in suburban and ex-urban zones in this low-rate environment. He expressed concern about what this will mean for the affordability of housing in future as prices rise to unattainable levels.

McBride noted, too, the pressure on low wage earners and the lower end of the housing market but argued that a “K”-shaped recovery is broadly good for the purchase market as people in homeowning income brackets get back on their feet faster.

McBride also sees continued opportunity in refinances, noting a poll his team conducted that found of good refi candidates who hadn’t had refinances, most cited paperwork, fees, and a lack of savings as reasons why. He believes that in this environment, those reasons should be no obstacle to a good originator and they can step into 2021 aware that the refi boom might not be over for them.

McBride is not without his own caution, however, and he stressed the uncertainty of the moment. He believes, however, that at least for now the Fed is totally committed to supporting the recovery and the mortgage industry.

“It wouldn’t take much of an increase in rates to put a real dent in refinancing applications,” McBride said. “We have seen that time and again in previous cycles. So, the Fed’s going to work very hard to keep rates low enough to facilitate ongoing refinancing. But if those long term rates do start to move up for any reason, that’s the risk that lenders need to be mindful of.”