We need to make the most of the current conditions

CFPB eliminates ban on joint marketing agreements between mortgage, other RE professionals 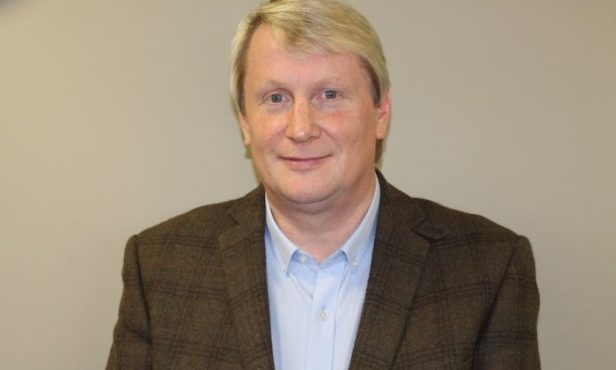 By the time you read this, we will be just a mere two months away from the end of what has been, without doubt, one of the most tumultuous years in living memory.

It seems somewhat odd to be writing about the end of the year and what Winter is likely to bring during a balmy Indian Summer period, but there’s no doubting that these next couple of months are going to be incredibly important and may well determine the performance, not just of the housing and mortgage markets, but the whole of the UK economy.

That’s because over the course of the next six weeks, as it stands, a range of government-backed support is going to come to an end, and the result of that – while it might not be felt for some months to come – is eventually going to be felt, even by a housing market which has (so far) seemed somewhat immune to what has been going on in the wider economy.

So, not only do we have the furlough scheme drawing to a close at the end of October, but also borrowers’ last chance to secure a mortgage payment holiday – with effectively no questions asked – coincides with that date, and at the start of November businesses will lose the chance to secure a Bounce Back Loan, although I’m certain that support will continue in many other guises.

This is not exactly a ‘perfect storm’ because as mentioned the anticipation has to be that, where individuals/businesses need more support, that is likely to be looked on favourably, however it is the end of more formal State-backed intervention, at a time when many might suggest we are nowhere near being out of this particular COVID-19-induced environment and situation.

Indeed, as I write, we have seen a ramping up of localised lockdowns – albeit spread across bigger and bigger geographical areas – and the Health Secretary, Matt Hancock, has not ruled out returning to a national lockdown if cases continue to spike as they have done in recent weeks.

Again, I’m conscious that by the time you read this, things may have changed significantly, but it won’t need me to point out the serious implications for our sector and livelihoods if we need to return to the more stringent measures that were in place during March through May. No-one in their right mind would want to have to ‘work’ through such a similar period again.

So, while a lot of this is clearly out of our own hands, we are going to feel the effects at some point. As mentioned, we’ve been fortunate to have a very buoyant housing market over the last few months, and I know advisers have been taking full advantage of the increased demand for mortgages, and (I hope) ensuring that all other product needs and services are covered off.

Certainly, from our perspective, we’ve seen a significant increase in instructions following the release of pent-up demand and a desire to take advantage of the stamp duty holiday. Advisers appear to know, only too well, that they should be securing as much business as possible during this period, because – quite frankly – we cannot be sure about how the future will look, especially when it comes to the impact on jobs.

At present, with the furlough scheme ongoing, the redundancies we might have expected to see have yet to come through, although unemployment has risen significantly. Next month, that may begin to change, and further loss of employment clearly impacts incomes, the ability to pay regular bills like mortgages, and we may start to see a sharp rise in arrears.

This is why lenders are currently being cautious at higher LTV levels because they are uncertain about what is coming down the economic track. House prices have stayed incredibly strong post-lockdown, but in any ‘normal’ period a recession would impact significantly on prices. Lenders do not want to be lending at higher LTVs if, in the months and years to come, those assets begin to lose their value by 10% per annum.

The point however should be made that this is a very different situation to most ‘normal’ recessions and we might well see big short-term drops but they could be followed by that much talked-about V-shape return in a very small time period. The truth is, we just don’t know as yet and, in such circumstances, it’s perhaps not surprising that many lenders are erring on the side of caution.

For what it’s worth, my view is that government support and intervention is likely to be needed beyond the current timeframes. An extension to the furlough scheme would be welcomed, as would a further stamp duty holiday period beyond the end of next March.

The housing market is so important to the overall UK economy that the Government could go beyond what it might normally be willing to do. Keeping transactions at current levels for as long as possible would be an excellent avenue to pursue, simply because of what it can do for the overall economy.

Certainly, advisers must do all they can to make the most of these current conditions, with the expectation that access to such business levels could change quickly. Make the most of all product/service opportunities, cover all client needs and generate as much income as possible from every existing or would-be borrower that crosses your path.

NB: Due to an error a previous, outdated article was featured in the latest issue of Mortgage Introducer in place of this. Apologies from the editor.