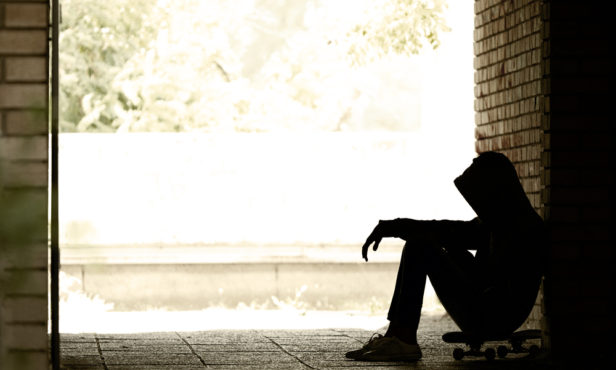 Almost a quarter of a million homeless people (249,850) are living in temporary accommodation provided by local councils, according to charity Shelter.

Almost half (46%) of people recorded as homeless were children and young people, over 126,000, the vast majority of whom (124,290) are in temporary accommodation.

Other elements which make up recorded homelessness include people who are living in homeless hostels (14,729), those who sleep on the streets (2,688), and families who are accommodated by social services (3,309).

In England overall, one in every 206 people was recorded as homeless.

In London, one in every 53 people was recorded as homeless; 19 of the worst affected 20 local authorities in the country were in the capital.

There were high rates across the city, from Newham (one in 22), to Kensington & Chelsea (one in 29).

The data collected by Shelter also found that in Manchester one in 81 were homeless, and in Birmingham it was one in 96.

Looking to towns, in Luton one in every 66 people were homeless, rising to one in 94 in Milton Keynes.

Eleanor Bateman, policy officer at Propertymark, said: “Figures for the number of people in temporary accommodation published in Shelter’s latest report are a stark reminder of the undersupply of homes to rent in this country, and the affordability issues that this exacerbates.

“A historic lack of funding in the social rented sector, coupled with the many legislative pressures placed on the private rented sector in recent years have given rise to this situation, and drastic changes are now crucial.

“In order to ensure that the private rented sector can provide homes for those that need them, the UK government must prevent more landlords from leaving the sector – they have the perfect opportunity to level the playing field with the upcoming Renters’ Reform White Paper.”