More affordable housing, better credit scoring: Tim Mayopoulos on where the industry needs to be 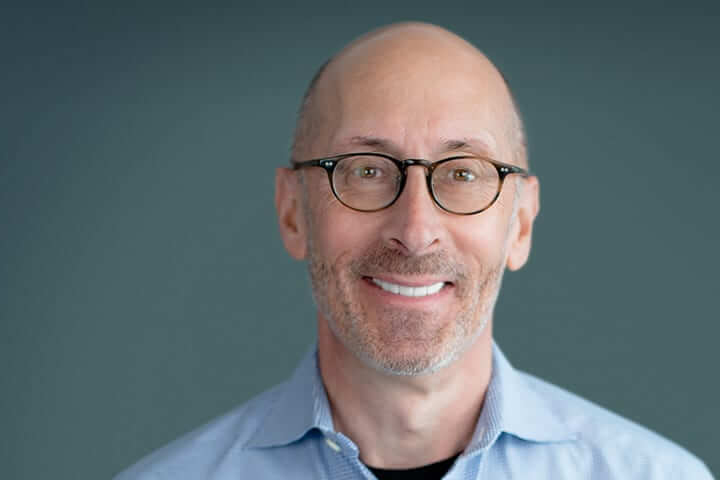 The mortgage industry needs to embrace technology and alternate credit-scoring methods – and the government needs to incentivize affordable housing – in order to broaden the spectrum of potential home buyers, according to the former CEO of Fannie Mae.

MPA: What brought you to Blend? Can you tell us a little about the company?

Mayopoulos: I joined Blend in early 2019 after having been at Fannie Mae for about nine-and-a-half years, and spending about six-and-a-half years as CEO. I spent a lot of time at Fannie focusing on how to bring the mortgage industry into the 21st century from a technology perspective. When I met (Blend co-founder and CEO) Nima Ghamsari, he and I shared a vision about how housing finance in the United States ought to work. The future of the mortgage industry ought to migrate away from these paper-based systems we have and move toward a data-based system. It should all be digital.

Blend is a software-as-a-service business. Our customers range from small and medium-sized mortgage originators up to some of the very largest financial institutions in the country. Our customers represent roughly 30% of the mortgage origination market. About $3.5 million in loans a day get originated on Blend software. We help lenders provide the kind of delightful consumer experiences that borrowers expect these days.

MPA: You’ve said that rising prices and low inventory are among the biggest challenges to homebuyers today.

Mayopoulos: That’s right, and these are longstanding challenges. Since the Great Recession, the amount of new home production has lagged population growth, so there’s a fundamental supply-demand imbalance. Every year, properties become obsolete and go off the market, and every year homebuilders build new homes – but the number they’re building isn’t nearly enough to replace the obsolescence and keep up with population growth.

So much of the housing that is being built today is being built for more affluent buyers. The cost of building houses is going up for a number of reasons – rising land values, rising costs of materials. For all those reasons, homebuilders have focused on serving the higher end of the market. So that’s a challenge. And the parties that are most directly affected by this are younger buyers, as well as people in underrepresented minority groups, who on average have significantly lower net worth, and as a result are not able to afford to compete in what are now pretty hot markets for entry-level homes.

And the current interest rate environment has only caused home prices to increase, because it has enabled more people to be able to afford a mortgage payment. More people buying means risking home prices.

MPA: So what’s the solution? How do we get more affordable homes on the market?

Mayopoulos: We need to think about housing as part of the national infrastructure, the same way we think about bridges and highways. Both parties in this election have talked about infrastructure spending. Part of the solution lies in government reducing the barriers to homeownership, but also making investment in entry-level homes to encourage building those homes. As a country, we have never really thought of housing that way. We haven’t really thought about what we could do as a policy matter to encourage greater investment in housing, especially at the entry level.

MPA: What can government do to encourage that investment?

Mayopoulos: There are various models out there. For example, if you look at New York City, the Bloomberg administration was particularly successful in getting private developers to develop entry-level housing by creating tax abatements for building those properties. Communities around the country also need to think about housing codes. We all want safe housing codes, but there’s very little cost-benefit analysis done in raising the standards on building codes, and the result of that has been to drive up the cost of building houses.

It would have to be a very concerted, multifaceted effort, not just at the federal level, but at the state and local level as well. For instance, cities have been very successful in redeveloping what in many cases were somewhat rundown areas in their communities by building light rail lines. This really about making targeted decisions about how to develop particular communities – which is very hard to do at a national level but much easier to do at a local level.

MPA: But you do think there should be action on the national level as well?

Mayopoulos: I’ve been struck by how little attention has been given to addressing basic housing costs by both parties. On one side, we’ve got a populist president who has a lot of experience in real estate. On the other, I would think that progressives would appreciate that there are relatively few opportunities to create wealth for a low- to moderate-income family beyond housing. For most Americans, most of their net worth can be traced to their decision to buy a home at some point in their life.

As a country, we need to be in a position to help people make those investments – but do it in a responsible way, so that we’re not putting people in peril by putting them into mortgages they can’t afford.

MPA: That’s a good point. How can we broaden the spectrum of potential home buyers without a repeat of 2008, when mortgages were handed out like candy to people who obviously couldn’t afford them?

Mayopoulos: We’ve been talking about some of the macro conditions around stimulating investment in housing. On another level, I think enabling consumers to provide a greater amount of information about their financial history and habits is really important. The credit markets are too dependent on traditional measures such as a FICO score. We really need to facilitate the creation of other ways to measure credit.

MPA: What kind of “other ways” do you mean?

Mayopoulos: I’m not talking about lowering credit standards, but there are people who have really good credit, but relatively thin files. The Biden team has been talking about creating a new government-sponsored credit bureau that would rely on alternative data. I’m not sure we need the government to do that. What would work is the use of technology to gather that data.

We at Blend make it very easy for the borrower to connect their information to their lender. They can see your paycheck coming into your bank every two weeks, they can see what your outlays are. That kind of technology is now more readily available. We can use that data to underwrite a broader section of consumers. I think that would be particularly useful in underrepresented communities where people have not been as well served by the traditional financial system.

MPA: What kind of alternative data would be useful in determining a borrower’s creditworthiness?

MPA: All of this would require greater adoption of digital technology – something else you’re passionate about. Do you think the industry has been too slow to adapt to the digital revolution?

Mayopoulos: There is much greater urgency in the mortgage industry now around the adoption of digital technologies. In the early 2000s, technology was still in the early stages and mortgage lenders were making a lot of money in a market where housing was going up and up. We had the financial crisis hit in 2008 and 2009, and much of the industry spent the next decade dealing with a set of complex regulatory challenges and trying to sort out the foreclosure crisis and the other negative impacts of the crisis. So for much of the 2000s and the 2010s, the mortgage industry was consumed by other things. So I think it’s understandable why the industry didn’t spend a lot of time focusing on technology during that time.

MPA: The COVID-19 pandemic has forced a lot of industries to adopt new technology in a hurry. Do you think the crisis forced the industry’s hand when it comes to tech adoption?

Mayopoulos: I don’t think the pandemic has created these conditions, but it’s accelerated these conditions. Consumers are demanding more and more of this, and lenders have come to realize that they can adopt this technology much faster than they thought they could.  It’s given them greater confidence in their ability to use technology, and greater confidence in the customers’ receptivity to it.

MPA: And when the pandemic ends? Is it back to the same old business, or does this represent a sea change?

Mayopoulos: I don’t think that’s going to go away. I think the industry has come to appreciate the efficiency and the lower cost to the lender, and they’ll continue to push forward with this. When you look at what’s happening in the market – Rocket Mortgage’s IPO, Black Knight acquiring Optimal Blue – they’re all making big bets on the digitization of the mortgage system. The mortgage industry is going to go digital, and it’s probably going to happen sooner rather than later. I’m feeling really optimistic and bullish about industry adoption of technology.