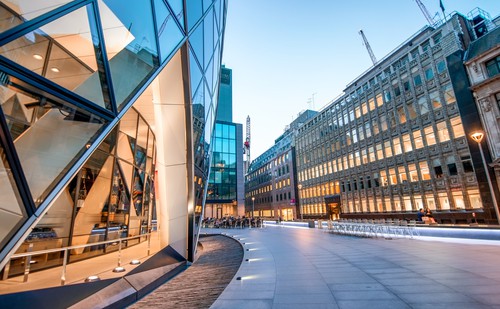 The number of offers accepted in London in November reached a 10-year high, according to data collected by Knight Frank.

In prime central London (PCL), the figure was 116% higher than the same month last year, while in prime outer London (POL), there was a 25% increase on November 2020.

Meanwhile, the ratio of demand to supply in November reached its highest level in PCL and POL since the start of the pandemic.

Average prices in PCL increased by 1.2% on an annual basis for the second consecutive month in November.

In POL, average prices rose by 3.1% over the same period, the sixth time the figure has been recorded over the last seven months.

Looking to the rental market, average rents rose 5.3% in the three months to November in PCL while there was an increase of 5.1% over the same period in POL.

It was the largest quarterly gain in POL since March 2004 and the biggest such increase in PCL since September 2010 as the lettings market continued to recover from the pandemic.

This year, the peak month for market valuation appraisals was February. The figure in November was down by 46%, underlining to what extent supply has fallen.

The number of new prospective tenants registering in November was 44% higher than the same month in 2019, which was already considered a strong year for the lettings market.

Houses in PCL were the top-performing section of the market for the second month in a row, due to historically-low levels of supply in markets like Chelsea, Notting Hill and Islington. Average values increased 2.9% in the year to November.

As rents rise sharply and sales prices increase more modestly, rental yields are strengthening. In PCL, average gross yields were 3.18% in November, which compared to 2.98% in June.

James Clarke, head of London sales at Knight Frank, said: “Activity has picked up dramatically across the board. In the last few weeks a large number of deals have come to fruition.”