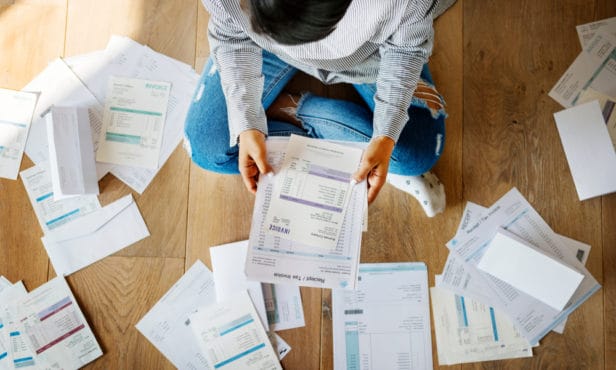 Over-55s used housing equity to clear more than £612m of unsecured debt in 2020, according to analysis from Key.

Around a fifth (18%) of the £3.4bn of property wealth released last year was used to clear unsecured debts.

Around 14% of customers had credit card balances, while 12% had loans to pay off and 6% needed to pay off car finance.

The data also shows that customers with credit card debts were making monthly repayments of around £292 while loan repayments added up to £267 a month on average.

Average credit card debts being cleared reach as much as £20,300 in the South West of England, with London also seeing higher debts at more than £15,700.

Loan debts top £20,000 in London and more than £15,000 in Scotland while overdrafts are a major issue in Northern Ireland and the North East

Will Hale, chief executive at Key, said: “Unsecured debt is a major issue for people of all ages and our data shows that it affects those in their 70s and 80s as well much as younger people. Nobody wants to retire in debt but sometimes it is unavoidable.

“The problem is that people on fixed incomes will struggle to clear debts and often end up paying the minimum amount each month which inevitably means it takes longer to pay the debt off as interest mounts up.

“For those who rely heavily on the state pension, losing 70% of this state support just meeting these minimum repayments must be devastating.

“Those who are struggling with debt need to look for support as there are options available. For some this might mean refinance debt using a more modern and flexible approach.

“Equity release plans enabling people to make repayments on interest and capital are increasingly playing a major role and can help people who are struggling.”