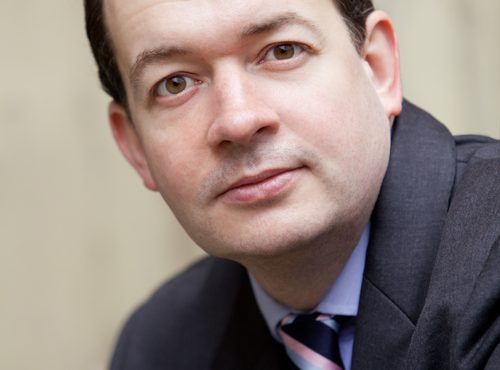 Paul Broadhead (pictured), the head of mortgages and housing at the Building Societies Association, blamed the country’s “fragmented and antiquated planning system” for holding back innovative solutions and preventing smaller home suppliers from thriving.

He cited the self and custom build sector, which was equivalent collectively to about a top 10 house builder in the UK, as a prime example, as only 13,000 houses are built this way annually, according to official data.

Speaking to Mortgage Introducer, Broadhead said: “Land is at such a premium in the UK that the providers and builders of these sort of homes have found it really challenging to secure more suitable plots and compete against the larger house builders.”

According to the Government, 300,000 homes a year will be needed by the mid-2020s to solve the backlog, although an estimate commissioned by the National Housing Federation and Crisis from Heriot-Watt University, placed the figure substantially higher at 340,000 in England alone, 145,000 of which should be classed as affordable and built every year until 2031.

Tellingly, the rate of housebuilding is lower now than it was at its peak in the 1960s.

Broadhead went on: “Because we have such a fragmented and antiquated planning system, it favours incumbent large house builders, so it’s difficult to reach scale, which is where a lot of these economies come if you build a house that’s far more energy efficient.”

He said the UK could learn from countries such as the Netherlands and Austria which had more radical views on planning.

He cited a town outside Amsterdam, where forward thinking officials had removed “the vast majority” of planning permissions and zoned the land into fixed plots, where people could build without restriction as long as structures were no more than three-storeys high.

Infrastructure, such as a rail link to Amsterdam, had also been built before the plots were sold to ensure residents had access to work.

Although Broadhead did not think the UK would ever be as radical in removing planning permissions, he said such examples of what could be achieved could give “real hope” to communities, citing the self-build village of Graven Hill in Oxfordshire as a project which had adopted a similar philosophy.

However, retrofitting existing homes and the UK’s aging housing stock posed the biggest challenge for the country, as they made up the vast majority of properties that people would be occupying in the coming decades.

But upgrading homes in England and Wales to meet eco-friendly and energy-saving targets could cost about £65 billion, according to reports – and homeowners will be expected to foot the bill for the most part.

Broadhead’s comments coincided with Stuart Andrew’s appointment as the country’s new housing minister – the 11th person to take over the cabinet role in 12 years.

The new appointment was met with a muted response from a number of industry insiders, and while Broadhead said in a statement that he looked forward to working closely with him, he added that the housing brief “would benefit from stability, continuity and a cross departmental plan”.

He said: “In the UK we’ve had a failure of coordinated government housing policy and planning for decades, but until you give somebody a length of time in a position to start to build a coordinated housing strategy, you won’t achieve it.

“Even if we kept the (same) housing minister for a parliamentary term, it’s difficult to get politicians to look beyond five years. Yet every single political party at every single election recognises that housing is one of the biggest challenges for communities in the UK.”