US mortgage application activity bounce back as rates go down 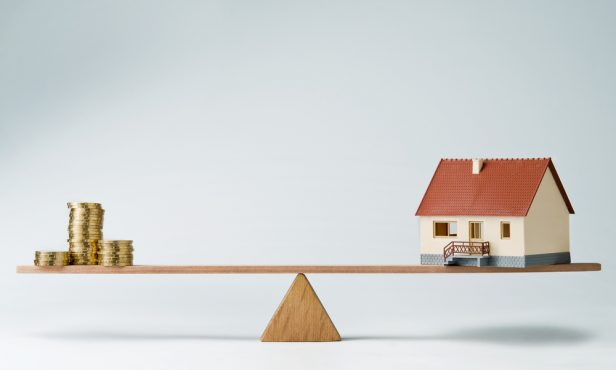 The average house price in the UK has reached £337,173, following an annual rise of 3.8%, according to e.surv Chartered Surveyors’ House Price Index.

Looking at the monthly change in prices, there was a slow-down in the rates of growth, from a high of 2.7% in September, to 1.2% in October and 0.5% in November.

On a regional basis, Wales saw the highest rate of annual price growth at 9.6%, while at the other end of the scale the North East, Greater London and the South West all saw growth rates below 3.0%.

In England, the North West continued to outperform other regions, with Blackpool again experiencing highest annual growth at 13.0%.

The e.surv data also showed that the average price of all completed sales funded by both mortgages and cash grew at an annual rate of 3.8% in November.

Richard Sexton, director at e.surv, said: “Regional performance, or more accurately variation, continues to be the story beneath the headline growth rate in house prices.

“So while we may talk of slowing growth at a national level, regions like Wales continue to out-perform the national story – Wales continues in top place in the annual price growth league for the fifth month in succession!

“The North West too continues to enjoy strong house price growth, and Blackpool again has experienced the highest in that region of 13% – coming off its previous high last month of 16.9%.

“As a piece of context, on a monthly basis the overall growth rate is reducing from a high of 2.7% in September, to 1.2% in October and 0.5% in November.

“The key stimulus factors that have spurred such high growth previously such as the stamp duty holiday and furlough scheme are now no longer supporting the market yet despite this, the imminent arrival of Christmas and the discovery and measures to address the Omicron variant, house prices continue to grow, albeit slower.

“In terms of the property types that are flourishing in this regional story, we are seeing growth in the semi-detached and terraced markets.

“It may now be the case, as the Blackpool data suggests, that the increased demand for properties has moved in terms of price bracket to more affordable property and to semi-detached and terraced properties.

“It may well explain why the North West region, with its greater share of such properties, is seeing the highest rates of price growth regionally.”