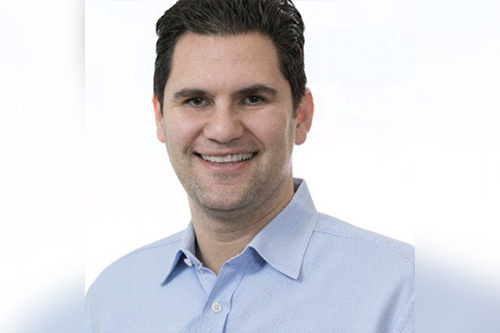 After bucking the predicted doom of the initial COVID-19 outbreak, the US housing industry has gone on to hit record highs. There’s been a refi boom and analysts across the country are calling housing the one bright spot in an otherwise bleak economic year. On the back of these unexpected highs, many mortgage professionals are enjoying their best years ever. Jarred Kessler (pictured), though, thinks the party may yet end in disaster.

The CEO of EasyKnock, a sale-leaseback platform for homeowners, told MPA that there’s been a false sense of confidence throughout the market, especially with respect to forbearance rates, delayed stimulus and looming evictions. In addition, he said the industry has been ignoring how the “K-shaped” recovery of increasing stability for high earners and growing economic weakness among lower-income people will impact the bottom end of the housing market. Kessler isn’t trying to spoil the party. Rather, he thinks mortgage professionals need to set up their businesses to weather the looming storm.

“The foreclosure market is in forbearance right now,” Kessler said. “That’s the dangerous thing that’s happening right now, it’s incentivizing deferral of the money that’s owed…When these expire, you’re going to have a combination of people that are forced to sell, that’s going to take our extremely low inventory to a spike in houses for sale which will create a snowball effect as people lose their sense of a good housing market and get a sense of urgency.”

While Kessler accepts that growth in home equity this year could help some of those borrowers still in forbearance when the program ends, he doesn’t think it will be enough to prevent a crash. That’s because of what he sees as an even larger issue looming: the delay in additional stimulus. Without a rapidly implemented stimulus package, Kessler expects 7-8 million jobs will be lost in the coming months. While this year has proven you can have a strong housing market in the middle of a weak economy, Kessler thinks a convergence is due – and a wave of layoffs as states lock down again, coupled with a lack of meaningful federal stimulus, could be the catalyst for that convergence.

Read more: Forbearance rates are going down, but for how much longer?

Kessler stressed, too, that new lockdowns and layoffs won’t have the same impact that the initial response to the COVID-19 pandemic had on the housing market. Whereas in spring, household solvency went up as Americans paid down debt and the government backstopped the payroll gap through a range of programs, no such backstop appears to be coming this time and many of the businesses that came through the spring and summer only did so by a hair’s breadth. If small businesses and wage earners aren’t backed up again, Kessler said we could see the disaster rising from the bottom of the US economy.

“The number of people that are not going to get unemployment checks come Christmas is unfathomable to me,” Kessler said.

Kessler’s predictions aren’t coming from a place of pure pessimism, he claims, so much as they’re informed by simple math. He points to the amount of money being taken out of the ecosystem by public health restrictions limiting how much revenue many businesses can take in. Without that money reinjected somewhere else, Kessler believes the whole economy will suffer more and start taking the housing market with it.

Read more: Why the housing market boom might not last

The housing boom we’ve seen up until now has been driven by the higher end of the market. Unlike the stock market, though, which seems to have boomed sustainably while main street has suffered, Kessler believes housing is too intimately tied to the economy and the job market to sustain a boom on the moves of high-income people alone. If people can’t afford to buy entry-level homes, then that inventory won’t move – Kessler believes that will start to hurt the value of higher-priced homes.

In this environment, Kessler said that mortgage originators aren’t themselves doomed. He believes the refi boom is on the way out and the solution has to be bringing more of those low-income earners on the edge of qualification into the market. If they do that harder work, they should be able to weather the storm.

“Focus on the class of people just on the brink of being accepted that have not bothered to take advantage of this low-rate environment,” Kessler said. “Give the tools to people that are right on the edge, whether because of FICO or income, and give them the education to allow them to access the lending markets, because those are the people that really have not benefited off of this yet.”