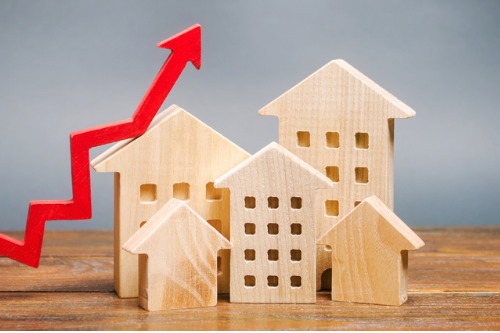 The median home sale price saw its largest increase in five years, according to recent figures from Redfin.

Data from Redfin revealed that the median home sale price during the four-week period ending March 14 increased by 17% year-over-year to $330,250 – the largest increase since the firm started collecting data in 2016.

Redfin also revealed that the average asking price of newly listed homes hit a new all-time high of $350,972, up 10% from the same period a year ago, while pending home sales were up 21% year-over-year, the smallest increase since August.

Meanwhile, new listings of homes for sale were down 17% from a year earlier and active listings (the number of homes listed for sale at any point during the period) fell 42% from 2020 to a new all-time low – the largest decrease on record since 2016.

“This time last year, the housing market was shutting down as many cities implemented strict shelter in place orders,” said Daryl Fairweather, chief economist at Redfin. “A year later the pandemic is still with us, but the housing market is red-hot. It’s so hot some buyers are acting irrationally. Some people are willing to do whatever it takes to win a bidding war to the point they may be overpaying.”

Fairweather added, however, that she “wouldn’t call this a housing bubble because the demand for homes is truly there and the buyers can afford these high prices.”

“Bubbles burst – I don’t see that happening,” said Fairweather. “The best hope buyers have is that home prices start to grow at a slower pace, but I don’t expect prices to fall.”