John V. Fornino has arrived at the winning recipe for success in every crucial front of life: business, family, and faith. The North Jersey-born entrepreneur of Southern Italian heritage began his career in the mortgage industry in 2002 where he was just 21 years old. During that first year in the mix, John (Johnny) received the recognition of Top Producer of the month 4 times. Something was happening. Then in 2004, merely two years into his career, he rose to gain the number one producer place among his company. Striving for first place remained the goal he kept before his eyes throughout the decade and a half since. In 2004 John took his talents to Citizens Financial Mortgage as a branch president in charge of the day to day operations alongside managing and training his top performing team.

In 2015 he joined High Quality Mortgage as its President/Co-Founder, filling positions of day to day operations officer and sales coordinator.

John has an outstanding reputation as a man of integrity; he is experienced by those who encounter him as an intelligent and creative problem solver, always able to deliver on his promises. He finds a deep value in volunteering his time and talents to be a civic role model and to assist those with various needs. He also donates his to youth athletics in his hometown of Wayne, where he currently resides with his beautiful Wife and three children who have added more meaning to his life than words can convey. John is a four time winner in New Jersey Monthly’s Five Star Professional award and counting. Most recently he received one of the highest honors a mortgage loan officer can receive. His NMLS statistics appointed John within the top 20 loan officers in the entire state of New Jersey, along with being in the top 1% over all originators within the nation. 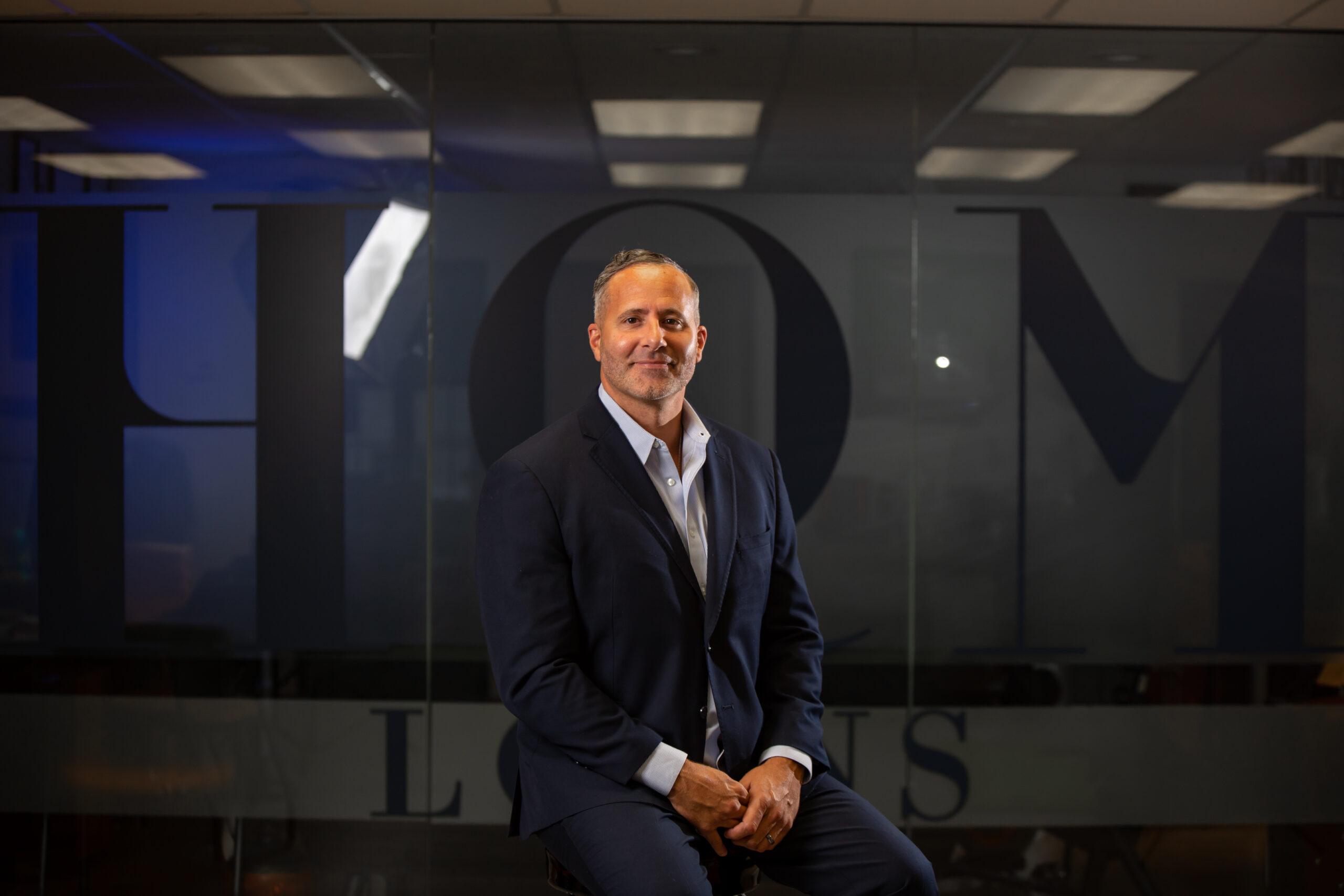 After practicing law for over 15 years, Matthew D. DiBrino decided to leave his practice and join forces with John Fornino to form High Quality Mortgage in 2015. Professionalism, accessibility, customer service and transparency have always been a staple of Mr. DiBrino and it has continued today with his work at HQM. Attention to detail and communication has helped Matthew take the industry my storm, continuing to act as one of the top producer’s at HQM and maintain extraordinary levels of customer satisfaction.

Matthew has capitalized on his law background and is one of only three lenders with offices in the State of New Jersey whom is certified as a Certified Divorce Lending Professional. As a CDLP, Matthew has the innate ability to guide divorcing couples through the refinance process in a sophisticated way. There is never an issue to big that Matthew and his team at HQM can not tackle.

Matthew was blessed to welcome his first-born child, Stevie Jo DiBrino, into this world on November 8, 2018 that joined an already happy family with his wife Christine and dog, Frankie Lynn. He currently resides in Woodland Park NJ, where he remains active in his community with volunteering efforts in athletics and wherever may be needed. 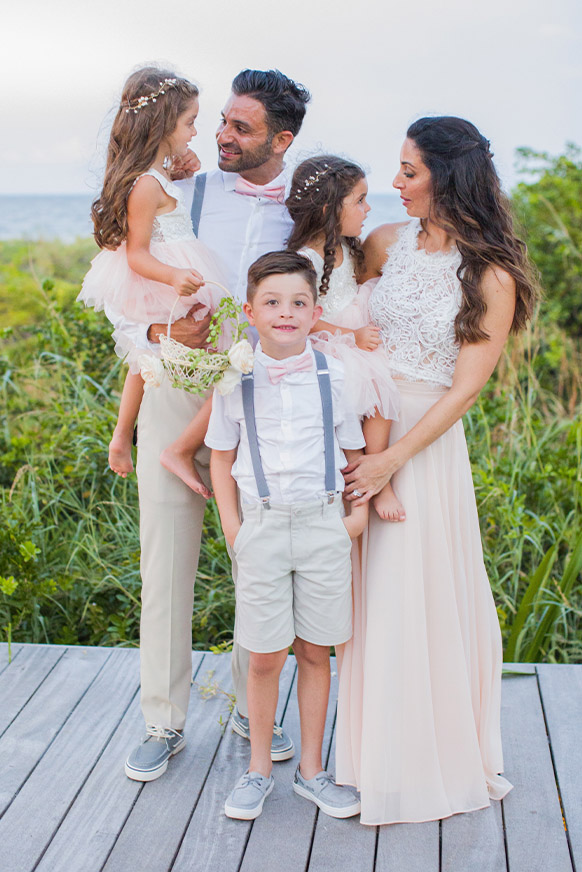 "Family is at the forefront of our business.

With every client we help, we know another dream is accomplished where memories will be shared for a lifetime." 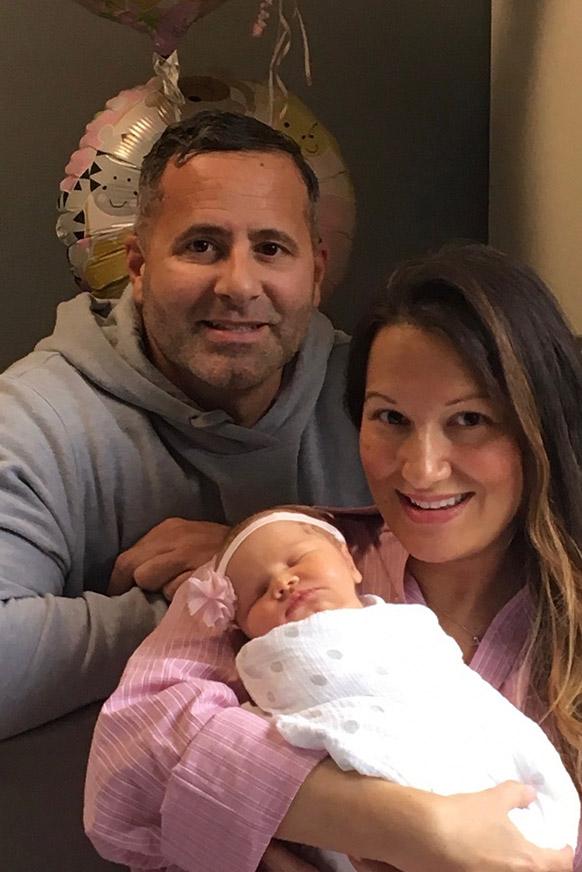 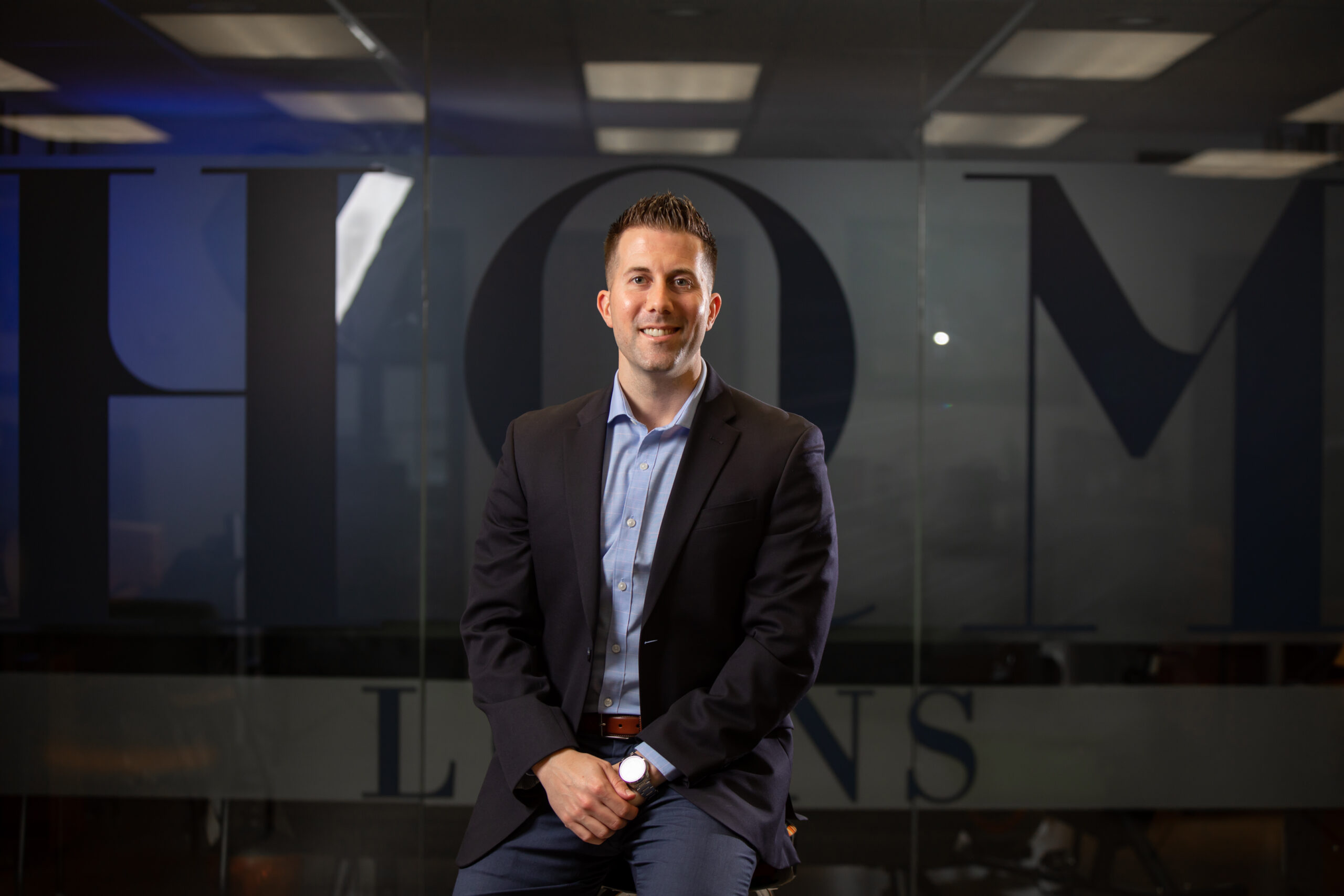 —  VP of Loans and Operations

Joe started his career as a real estate agent for one of the top producing groups in the country. In order to be a successful agent, it is imperative to maintain constant communication with the client, the attorneys, the mortgage lenders, and the title companies to ensure a smooth and successful transaction. These skills coupled with his warm personality enabled him to become the number one agent in the group. Real estate opened the door to mortgages, allowing him to pursue his passion for finance while maintaining strong relationships with clients who need guidance with finding or maintaining their forever home! When Joe’s not helping clients, you can find him spending quality time with his growing family or playing basketball! 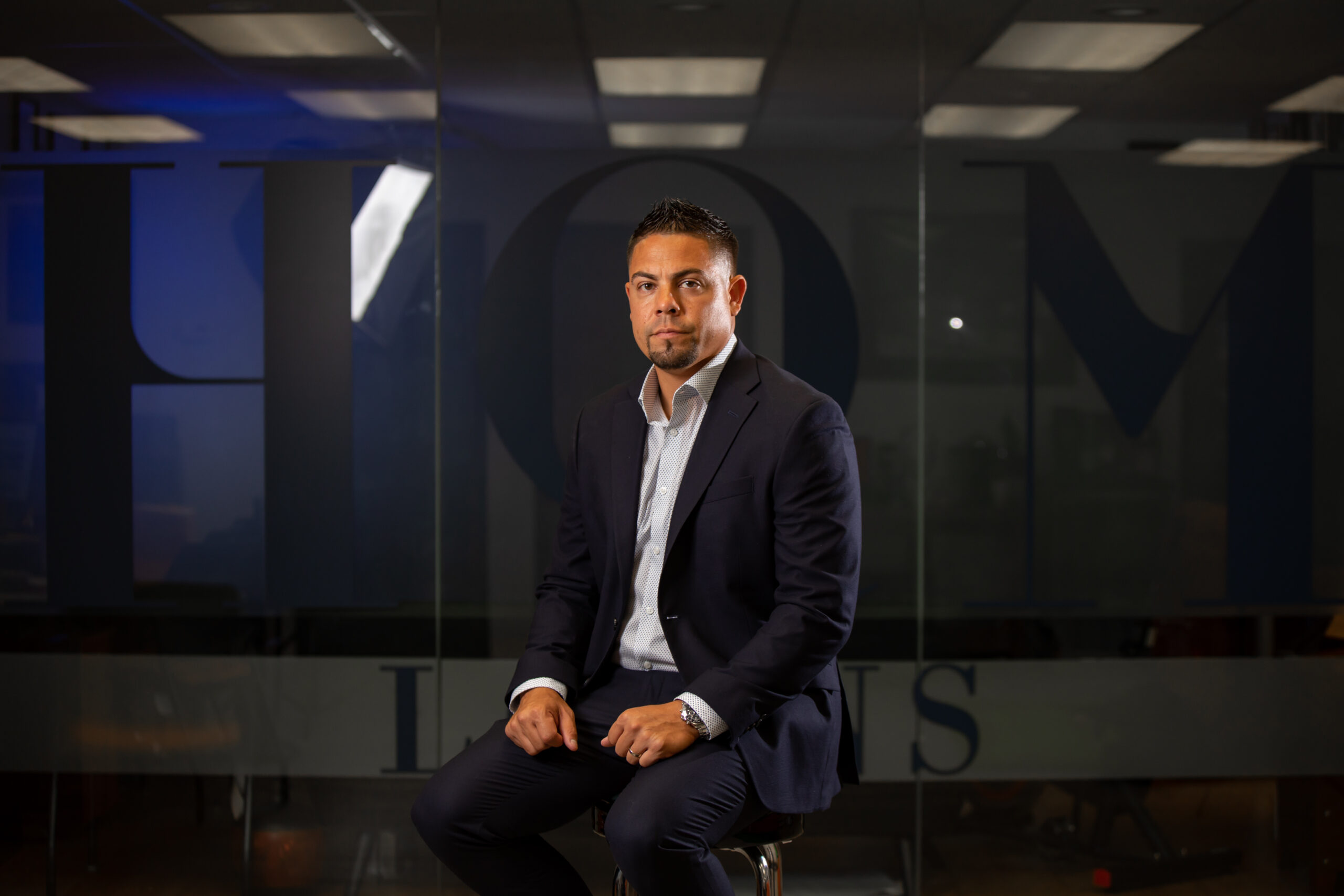 Daniel Casasnovas is a residential and renovation loan specialist at HQM. When it comes to providing for his clients, He prides himself on honesty and availability. At HQM we produce on what we promise. In addition, his “office” is never closed. While some banks close at 5 pm, he is always here to answer your calls to make the home-buying process an enjoyable one.

Dan’s passion is helping people. It gives him great satisfaction when he is able to help his clients reach their home goals. Whether it is a purchase, refinance, or renovation loan, it would be his pleasure to help educate you on process while offering great service and even better rates. As brokers, HQM has the access to every product that best fits our clients needs. If it is a refinance to lower your monthly payment or cash-out to clear some debt, a purchase or wanting to renovate a new or existing purchase call Dan to see all options that are available to you. Dan can help you with any and all of your home loan needs. 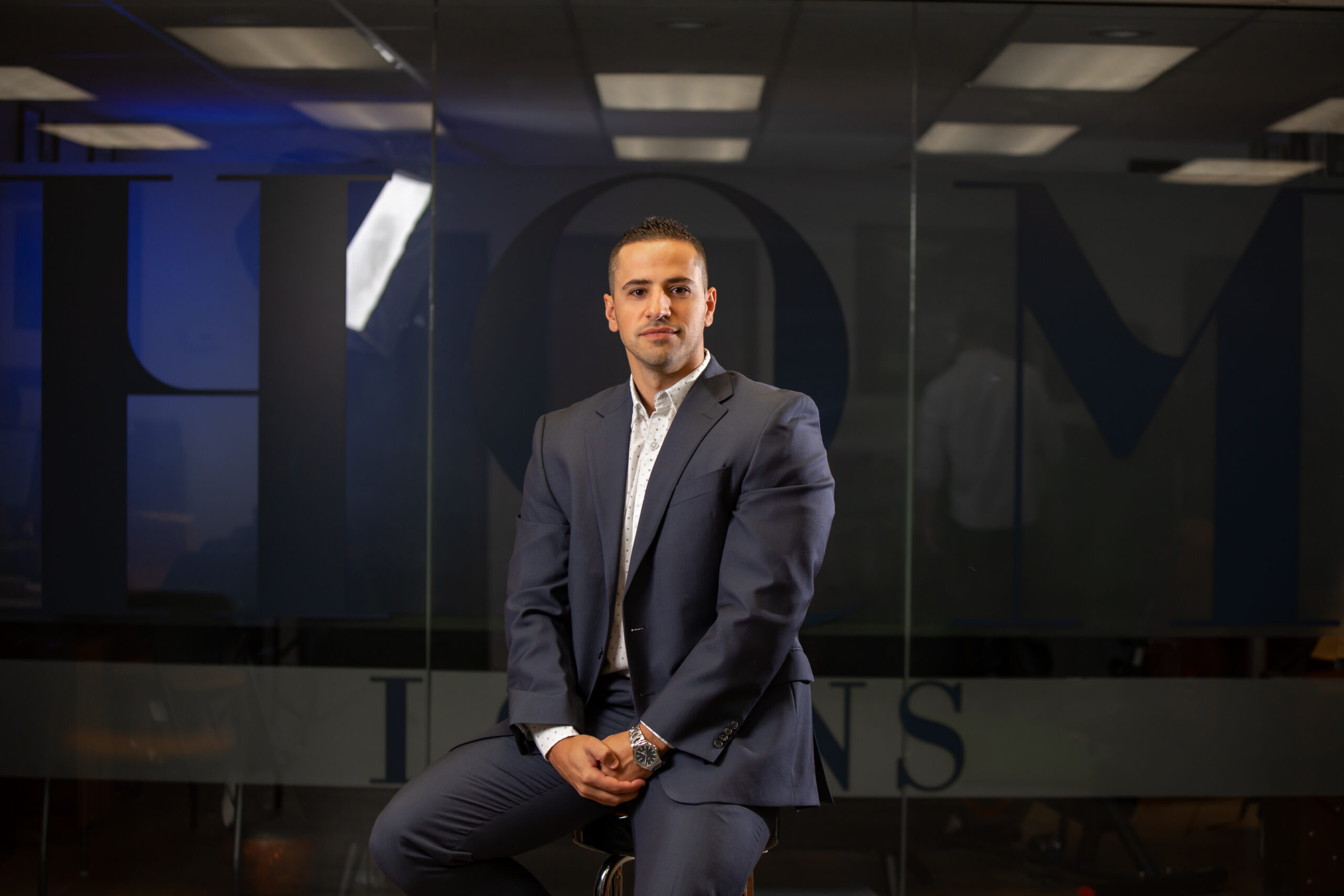 Julian Valerio joined HQM Loans in January of 2018 after an extensive background and work experience in the world of Accounting & Finance. Born and raised in Manalapan, NJ, Julian pursued further education and obtained a degree from local William Paterson University in Wayne, NJ. Not only did his work ethic in the classroom and board rooms see him excel, but also on the soccer field as well. His drive and determination led him to become the school's first ever First Team All-American, an honor that later resulted into an induction into the William Paterson Hall of Fame. Julian has seamlessly transitioned that work ethic and ambition to helping not only his clients with all their mortgage needs but also facilitating great relationships with his realtor partners. Julian provides not only the service and expertise, but in addition the enjoyable experience of obtaining and reaching your mortgage and home needs. 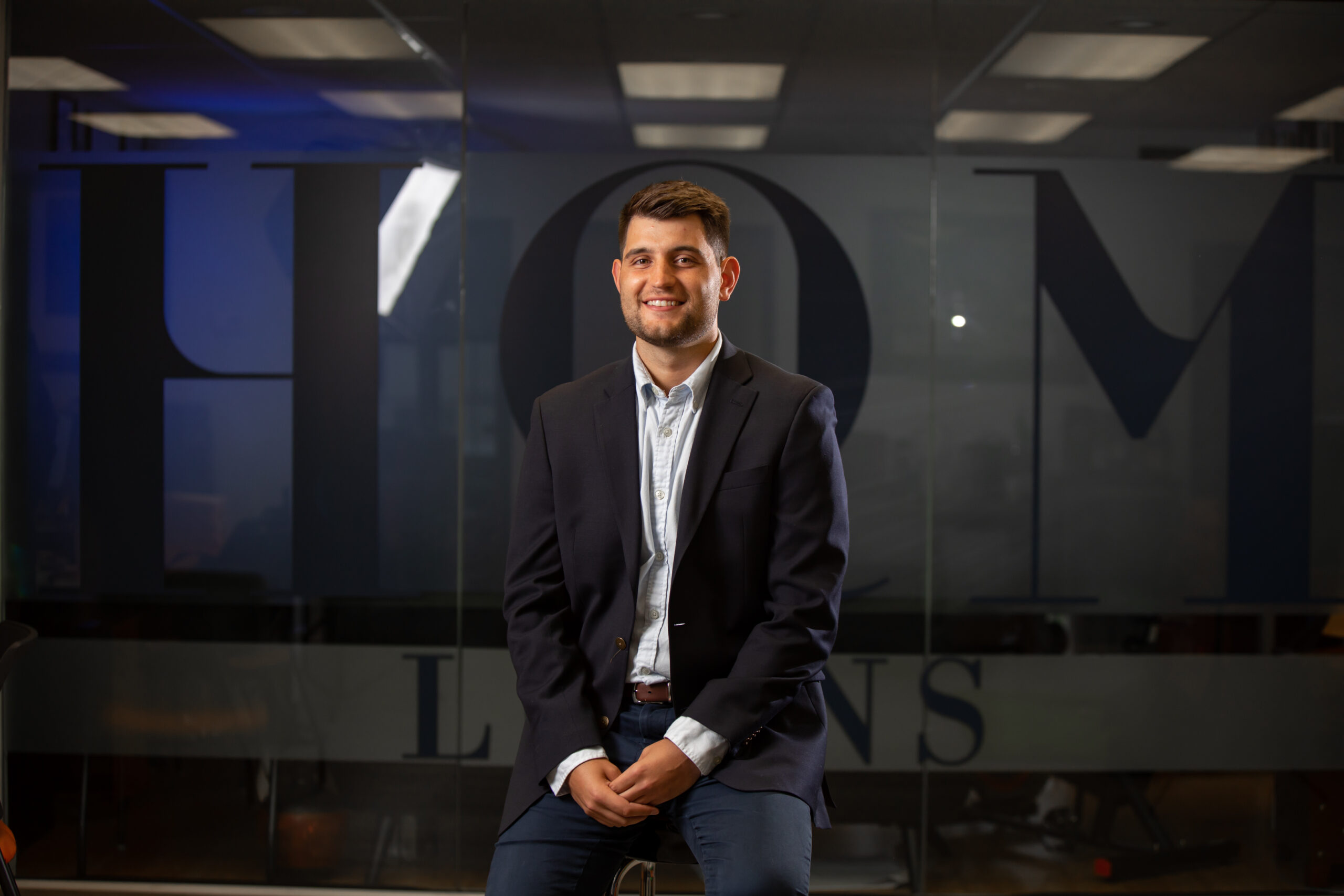 Nicholas joined HQM Loans as a college intern in April of 2018, while he was pursuing a degree in Economics and Real Estate at Montclair State University. He started his career by mentoring the loan originators in the office and learning all the aspects of the mortgage business. Nick took an interest in the mortgage business and made the decision to get licensed in 2018. Dedication and hard work are the qualities that Nick prides himself on. Providing these attributes towards client create a smooth and seamless mortgage process. As the Loan Set Up Specialist, Nick handles, organizes and distributes client documents. He is always available for any of your questions and eager to help! 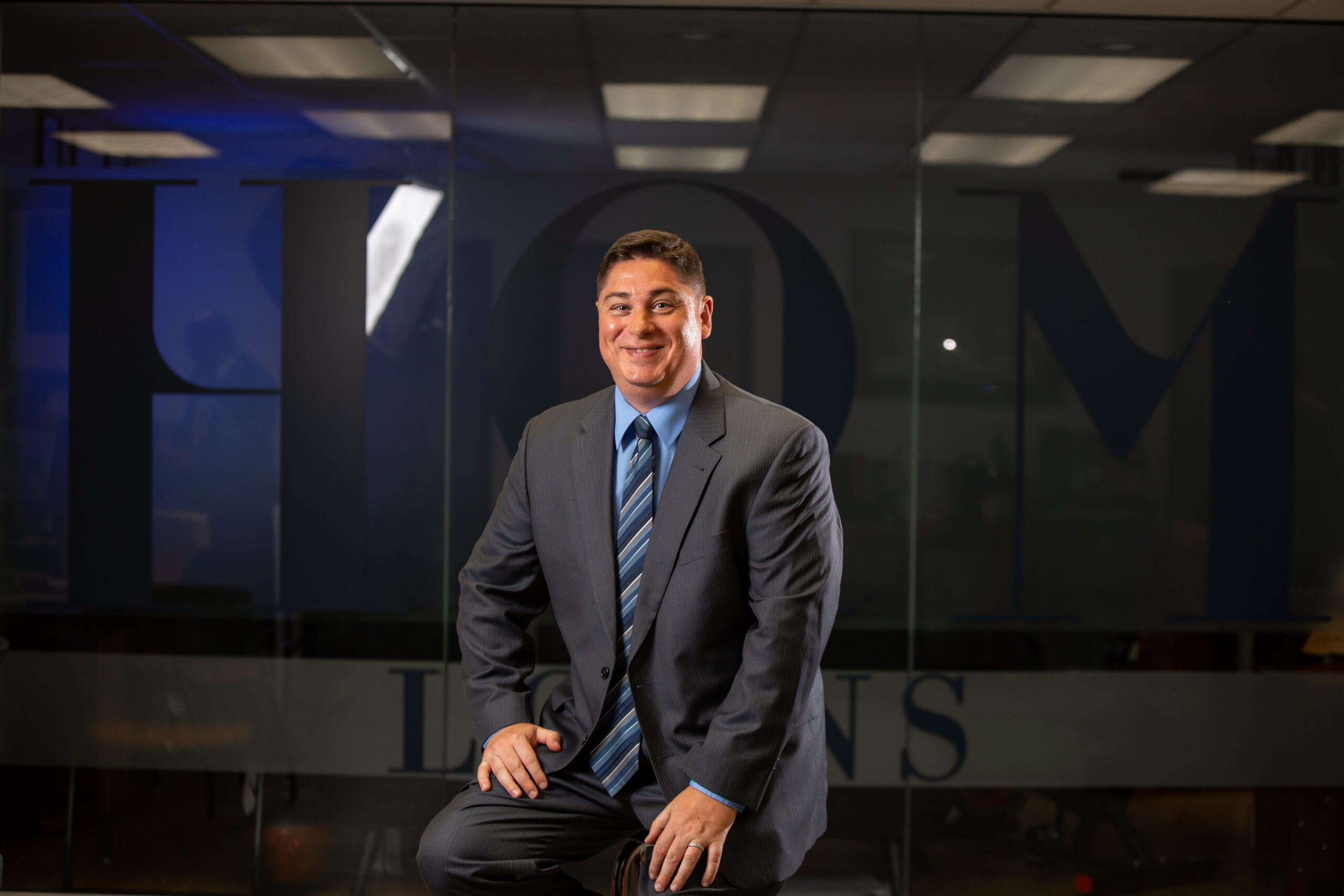 Rick is our In-House Sr. Processor for HQM. He personally guides every file through underwriting while providing each and every client with the Customer Service expected of our company. Rick has one simple motto he applies to every file every day: "There are no problems, only solutions".

He has been working in the Banking and Mortgage industries for over 13 years now. Before joining HQM in 2017, he was as Assistant Branch Manager for a local Savings Bank.

Rick has been married to his beautiful wife, Laura, for over 6 years and has 2 amazing children, Alyssa & Mason. 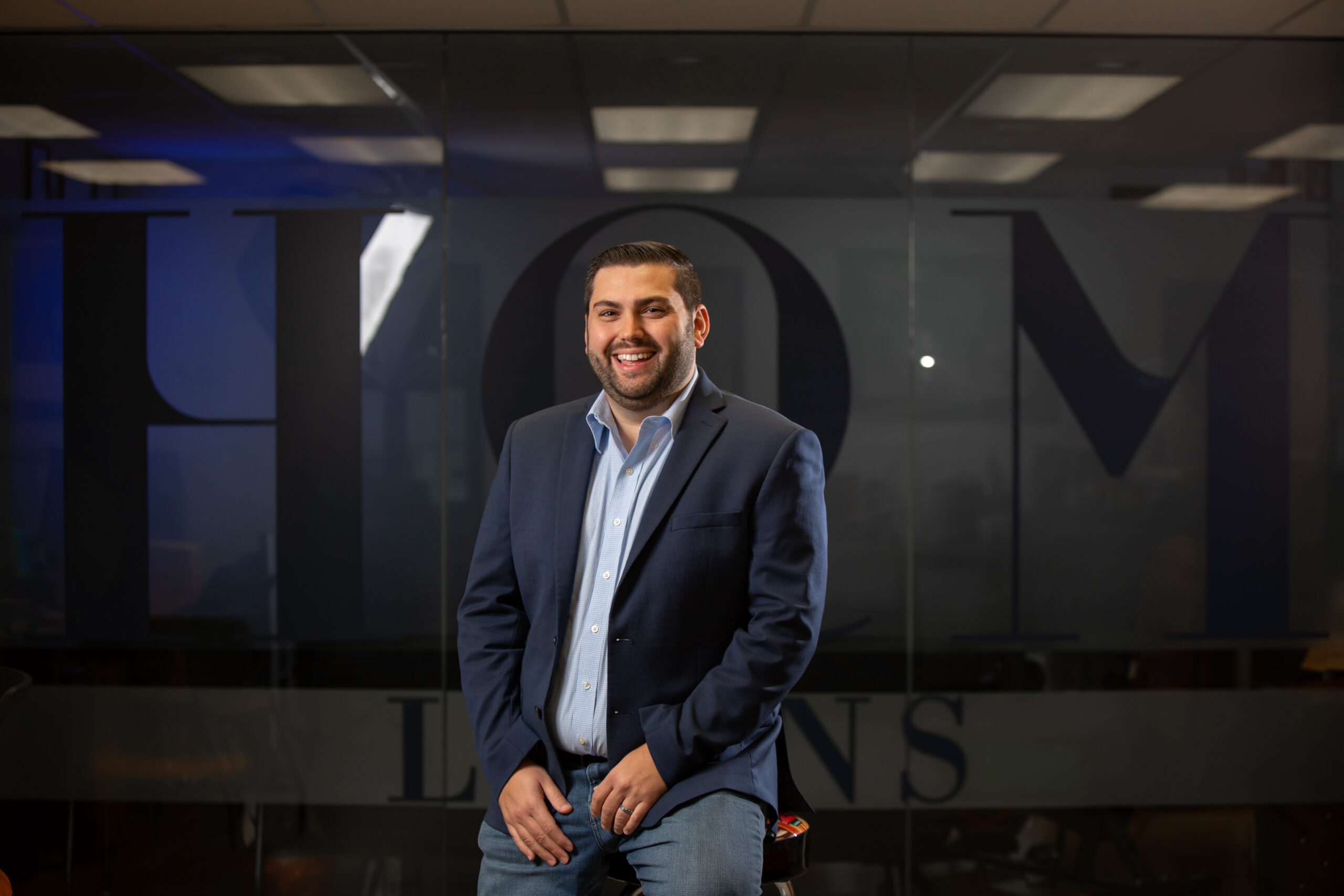 Keith Corsi has worked with a wide variety of buyers and borrowers during his career. His Real Estate career began in 2014 as a Realtor, before joining High Quality Mortgage in 2018. As a consultant to homebuyers, home builders, and investors, Keith is a leading authority on all loan types from VA to Jumbo and everything in between. He is an expert with first time home buyers and condo lending. With this authority comes an unrelenting devotion to streamline the loan process to make it easier for his clients. Keith is a lifelong resident of Wayne, where he currently resides with his wife. 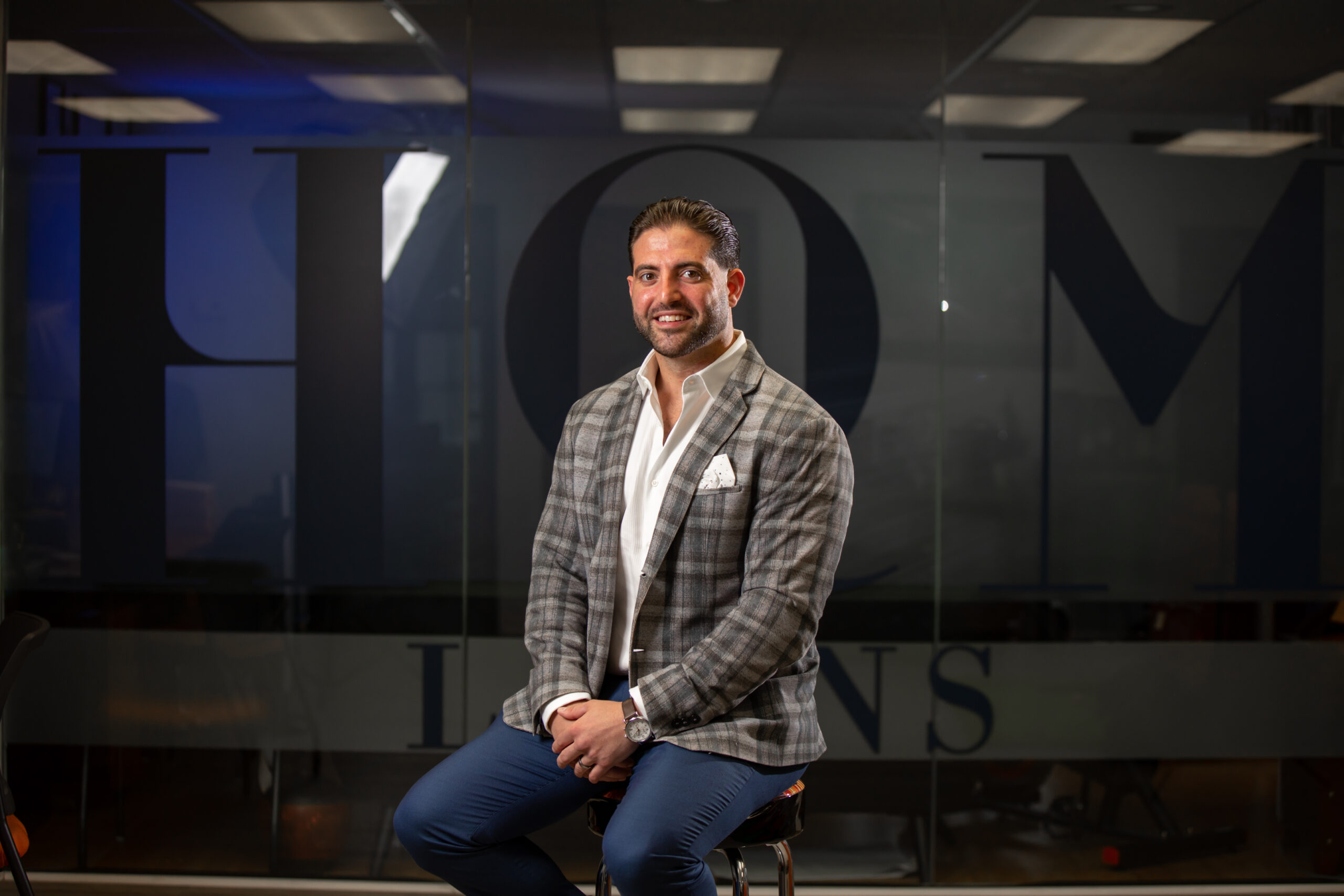 At HQM we pride ourselves on maintaining the best customer service in the mortgage industry. Vinnie dedicates each and every day to expanding his knowledge and delivering on a multitude of loan products offered at HQM. It’s no surprise that buying a home can be stressful. Creating a seamless loan file means taking the time to examine each individual’s unique situation, analyzing financials, and educating every client on what to expect during the loan process. Vinnie leverages his expertise by precisely tailoring client needs, providing all home financing options and most importantly, by being available to answer questions along the way, 24/7. Customer satisfaction is what drives him to continue his success along with his team at High Quality Mortgage. 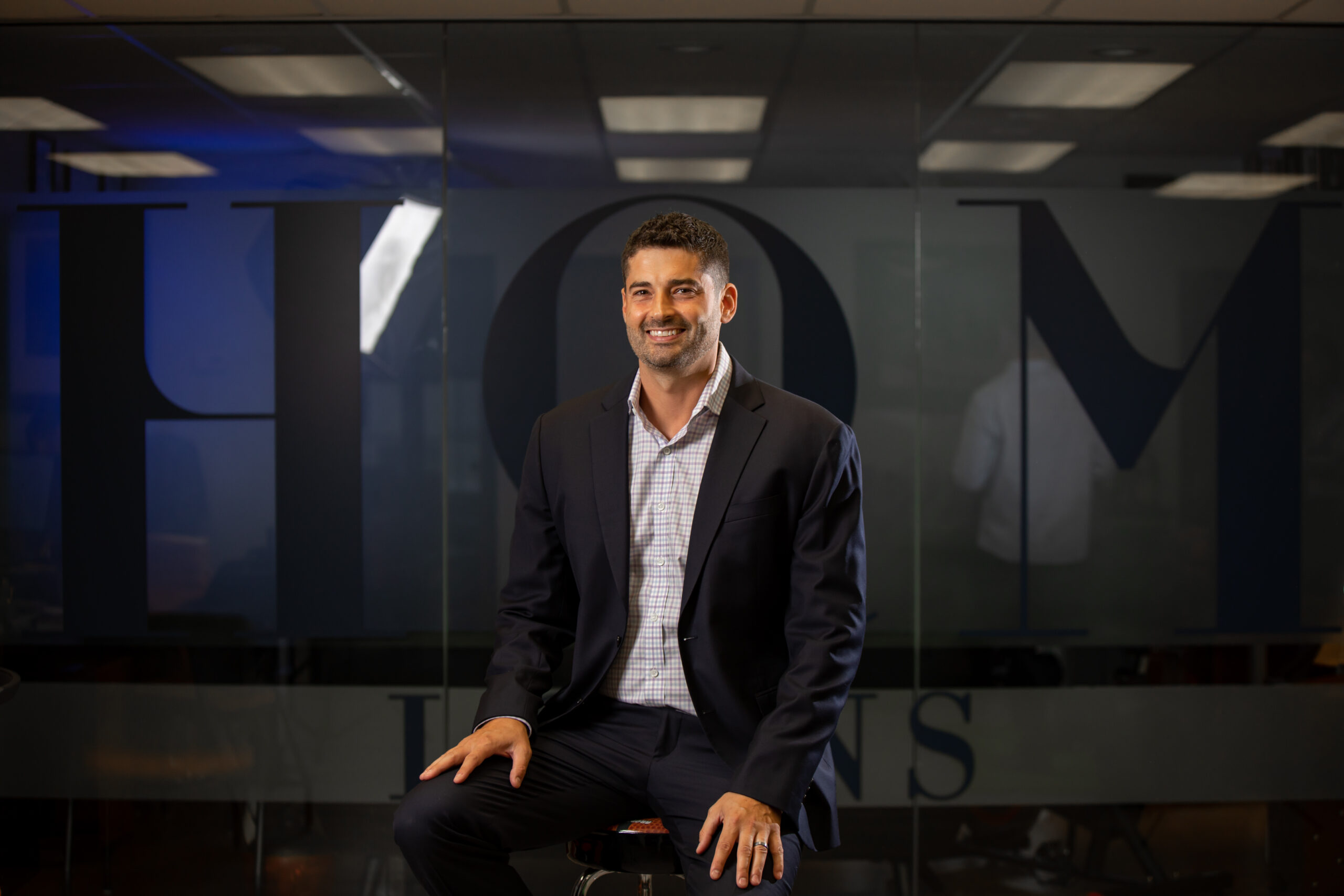 Christopher joined HQM Loans in 2015 as a loan officer, after 7 successful years in the property management industry. Chris comes equipped with years of experience working with homeowners seeking assistance with their housing needs and also a comprehensive background in deciphering confusing documents such as condo-development rules, regulations and by-laws. Chris excels at understanding his clients and each of their unique situations. As a result of all of this experience, Chris has achieved a high level of skill in both providing effective personalized customer service and also solving problems whenever they arise. Chris has the ability to navigate through complex experiences by sorting out all of the relevant details in order to gain a thorough understanding of the difficult situation, such that he can explain, in clear terms, exactly what the situation entails and how it can be effectively addressed. 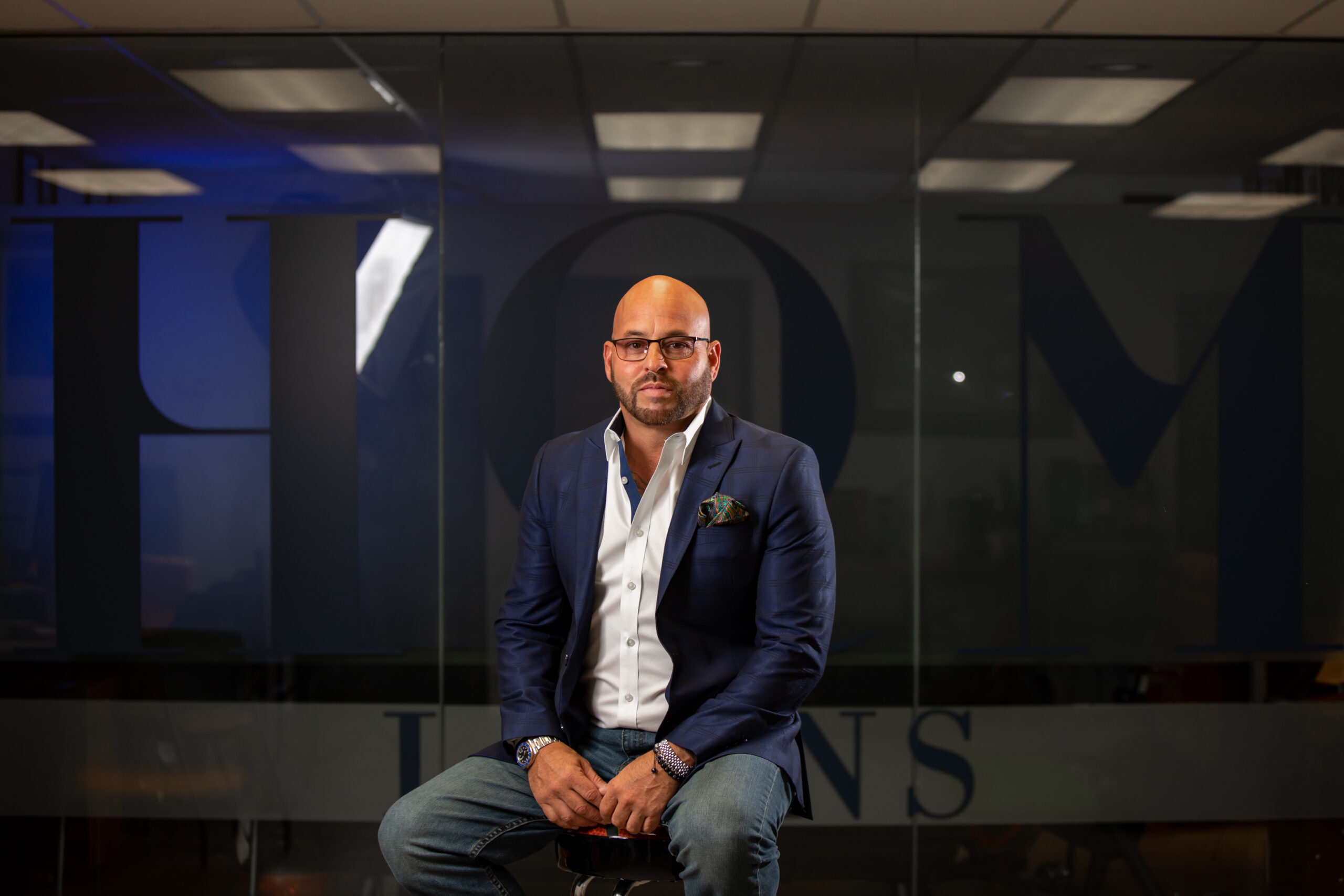 Michael first began as an honor graduate from Paris Island when he enlisted into the United States Marine Corp. He was meritoriously promoted through the ranks of the Marines and proudly served our country with a tour in Mogadishu Somalia in 1992-1993 during Operation Restore Hope. Michael then served the citizens of the City of Clifton ( NJ ) as a Narcotics Detective for the Clifton Police Department and also as a Drill Instructor at the Passaic County Police Academy. Michael joined the HQM Loans family back in 2020 and has hit the ground running. His dedication to his clients and the realtors he works with is unparalleled and has become a major asset to everyone. 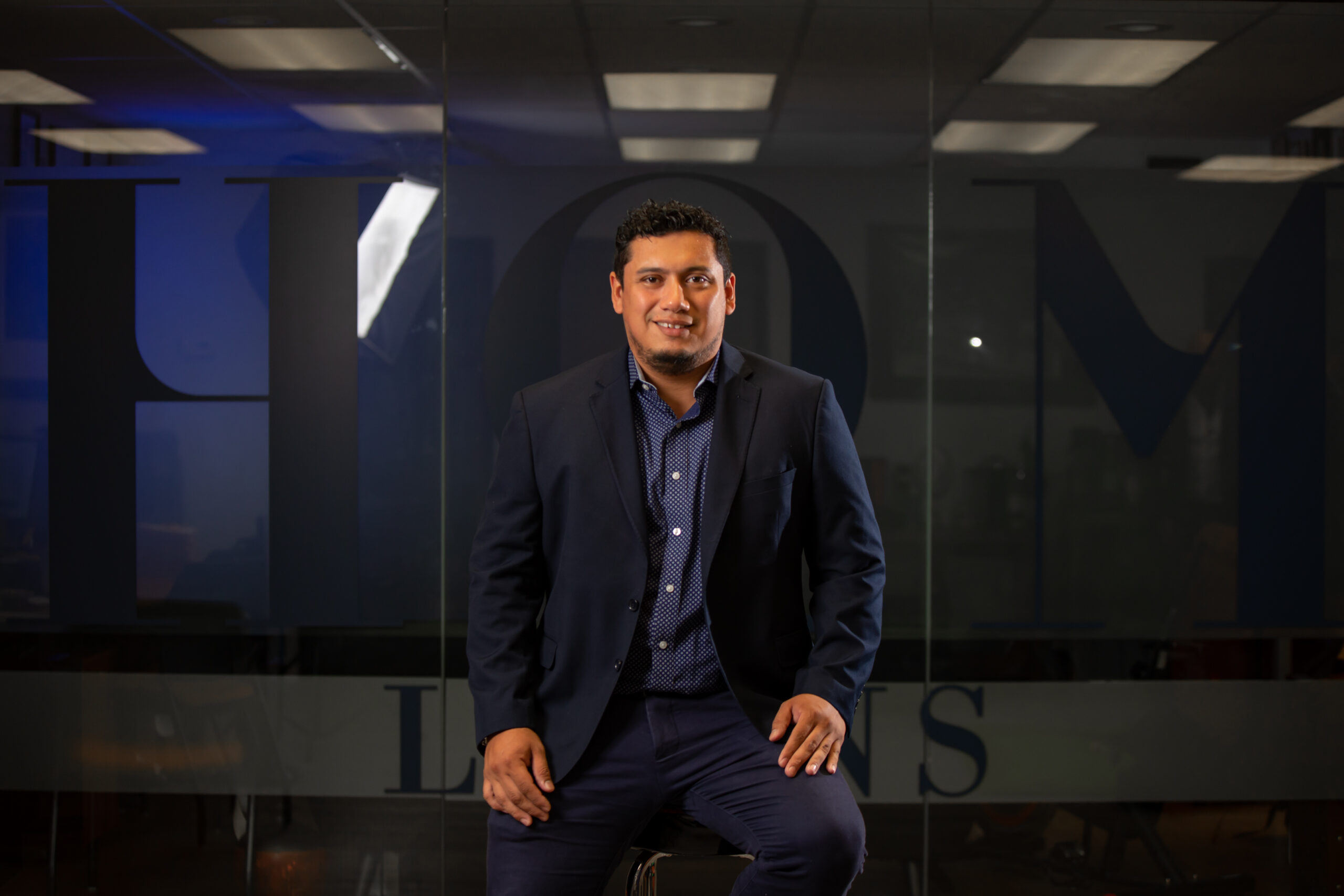 Jose D. Lopez Benavides started his career as a contractor renovating homes and enjoyed working with clients in making their home renovation visions a reality. Having experience in the housing industry and the joys of owning a home inspired him to pursue a career as a loan officer. Staying somewhat in the field and helping people realize their dreams of home ownership was something very gratifying to him. He is excellent with numbers and making each loan work to accommodate the special needs of each individual, seeing thru any customer problems to a resolution. He is there to walk his clients thru each step of the loan process from start to finish and always available at any time for all questions or concerns that may arise. He is also bi-lingual, fluent in Spanish for families or individuals who feel more at ease dealing with someone they can speak with in their native language. Jose prides himself on excellent customer service and takes extra care to make sure he connects with each one of his clients. He is a dedicated father and husband and is also a registered foster parent in the State of New Jersey.
Apply Now